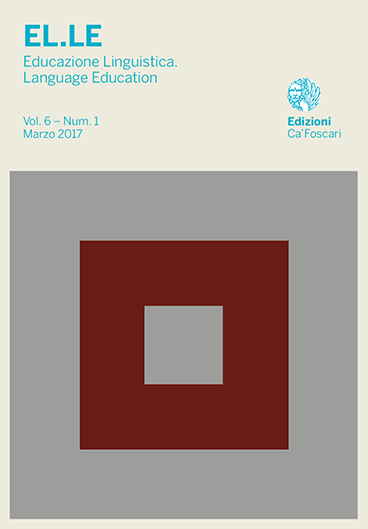 Metaphors are figures of the speech where a word or phrase denoting a thing or a concept is used in place of another thing or concept. They have been used for millennia in literature and rhetorical speech. In 1980 the Conceptual Metaphor Theory by Lakoff and Johnson approaches metaphors from a different point of view, i.e. metaphors were seen as a system related to human thoughts and actions. Metaphors are pervasive in everyday life, not only in literature and rhetoric. Everyday language is filled with metaphors that often go unnoticed, and most of our conceptual system is metaphorical in nature. In this paper we will focus on the importance of conceptual metaphors in teaching and learning a second or a foreign language according to a communicative approach, focusing the intercultural communication perspective.

Copyright: © 2017 Cristina Dalla Libera. This is an open-access work distributed under the terms of the Creative Commons Attribution License (CC BY). The use, distribution or reproduction is permitted, provided that the original author(s) and the copyright owner(s) are credited and that the original publication is cited, in accordance with accepted academic practice. The license allows for commercial use. No use, distribution or reproduction is permitted which does not comply with these terms.