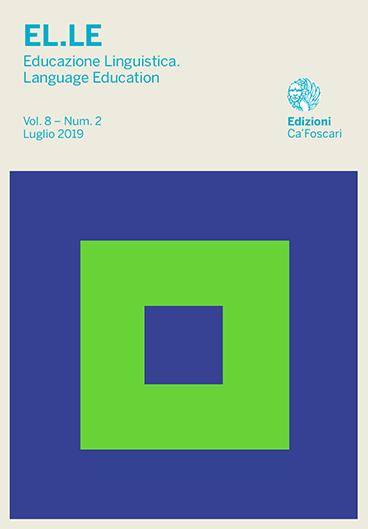 An Overview and New Perspectives

Studies on the teaching of intonation are not new. They have actually represented an area of interest since the beginning of the 20th century (Jones 1909; Palmer 1922) up to the latest works by authors following different approaches such as Wells (2006), Canepari (2008), Busà (2012). More recently, there has been growing interest in computer assisted learning (Chun 1998, 2013) and applications in commercial products (Cazade 1999). In this contribution we provide a preliminary study which considers the degree of correlation between the intonation curves of L2 English learners and English native speakers in order to explore variation and to evaluate the potential proximity between different samples. The ultimate goal is to test a set of techniques designed to optimise a computer assisted program for second language intonation learning which have been developed for prosodic variation assessment (Cauvin 2017, De Iacovo 2019).

Copyright: © 2019 Valentina De Iacovo, Antonio Romano. This is an open-access work distributed under the terms of the Creative Commons Attribution License (CC BY). The use, distribution or reproduction is permitted, provided that the original author(s) and the copyright owner(s) are credited and that the original publication is cited, in accordance with accepted academic practice. The license allows for commercial use. No use, distribution or reproduction is permitted which does not comply with these terms.