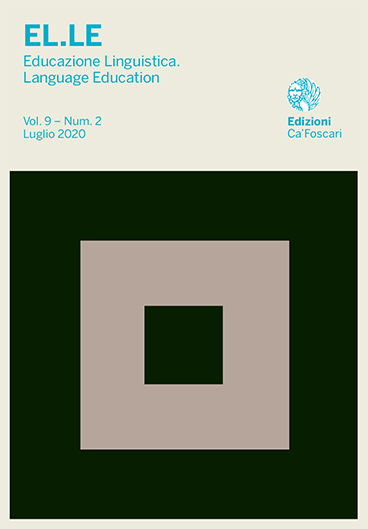 If much attention has been gained in recent times by sign languages (in particular in the comparison on their nature and on their main peculiar properties also towards a recognition as proper languages, as well as on the challenges they pose to some traditional notions which have been employed so far to describe linguistic phenomena), their possible value from the perspective of inclusiveness deserves at least a brief reflection: the debate on this topic could be moved, from a theoretical point of view, within the search for vehicular languages that conformed humanity’s whole cultural life (in different ways and times), to discuss the possibility that a sign language could also propose itself, among others, in the future, as auxiliary.

Copyright: © 2020 Davide Astori. This is an open-access work distributed under the terms of the Creative Commons Attribution License (CC BY). The use, distribution or reproduction is permitted, provided that the original author(s) and the copyright owner(s) are credited and that the original publication is cited, in accordance with accepted academic practice. The license allows for commercial use. No use, distribution or reproduction is permitted which does not comply with these terms.