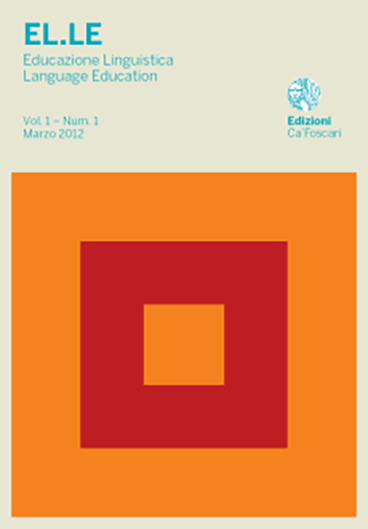 The elements of music and sonority anticipate, precede and accompany the development of language; they serve to mediate the process of integration between the self and the alter ego. The body of our musical heritage is integrated with the social genesis of thought, and it allows us to recognize the experiences and emotional states of other human beings. Pre-verbal musical input substitutes the initial lack of practice of language; after the explosion of speech in the child, it further enriches language skills. The perception and the production of sound, starting from the use of the voice, which precedes the appearance of linguistic patterns, stem from precocious cerebral structures which are activated by sounds produced by the caregiver. This acoustic, proto-linguistic dialogue between the couple mother-child serves to create an ideal container where both cognitive and emotional data is present, and where the motivational and natural epistemological urge in children is reinforced. Pre-natal sounds, vocalises, sound games of Child Directed Speech, nursery rhymes and finally the sharing of spoken language are the aspects of musicality linked to language and concurrent to the linguistic and interpersonal growth of the skills in children.

Copyright: © 2012 Egidio Freddi. This is an open-access work distributed under the terms of the Creative Commons Attribution License (CC BY). The use, distribution or reproduction is permitted, provided that the original author(s) and the copyright owner(s) are credited and that the original publication is cited, in accordance with accepted academic practice. The license allows for commercial use. No use, distribution or reproduction is permitted which does not comply with these terms.