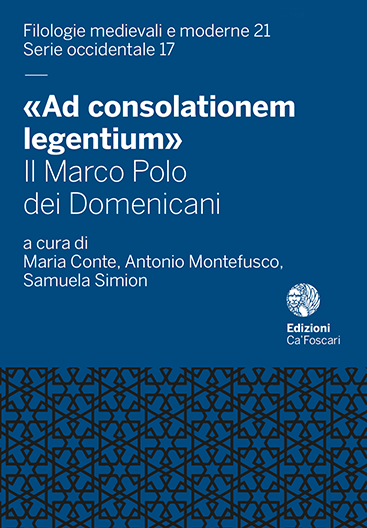 The contribution analyses the scattered but numerous indications of a contribution from the friars belonging to the convent of SS. Giovanni e Paolo in Venice at the first Latin diffusion of Marco Polo’s Devisement dou monde starting both from the possible attribution to this milieu of the Latin version Z, realised in the first thirty years of the fourteenth century, and from the presence of Marco in the document of 1323 which certifies the ratification of the legacy of Giovanni delle Boccole to the convent, and finally from the traces of literary activity of personalities in relationship with it, a network of preaching friars emerges in relationship with other nearby convents (in particular Treviso) and with the first two generations of Paduan humanists (in particular Albertino Mussato). These elements, if developed with wider investigations on the patrimony of the Venetian convent, can provide new insights for the interpretation of the Dominican appropriation of Marco’s text.