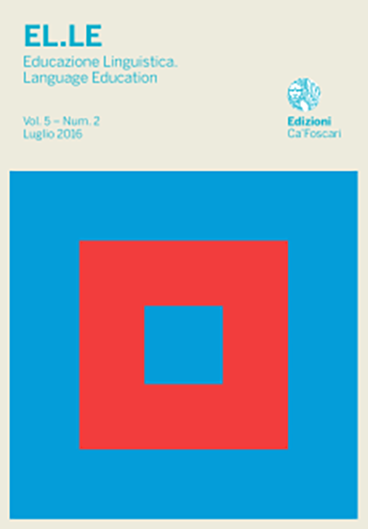 This paper aims to analyse the phenomenon of the linguistic alternation (code-switching) between mother tongue and foreign language (English) according to the CLIC methodology, which provides for the use of the second language as a vehicle for the learning of a discipline. After having analysed the main research that have examined the code-switching phenomenon, an observational study that has involved a sample of 25 students has been carried out in four classes that have been videotaped and transcribed. Moreover, the analysis made use of the data that have been collected by means of two anonymous questionnaires that were given to the students. The results reveal a general poor metacognitive awareness on the part of the students and show that their linguistic choices are subject to several variables, among which the type of activity and interaction in which the student is involved in class seems to be very important.

Copyright: © 2016 Francesca Zanoni. This is an open-access work distributed under the terms of the Creative Commons Attribution License (CC BY). The use, distribution or reproduction is permitted, provided that the original author(s) and the copyright owner(s) are credited and that the original publication is cited, in accordance with accepted academic practice. The license allows for commercial use. No use, distribution or reproduction is permitted which does not comply with these terms.