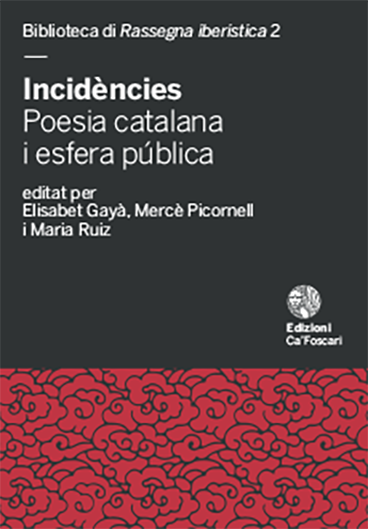 Poetics of meagerness creatively explore silence, plastic or verbal emptiness, and miniaturization, similar mechanisms to those used by Arte Povera or minimalism. The experimental texts created by poet Víctor Sunyol – who works with blank spaces and deletions – and the conceptual installations by artist Benet Rossell – who plays with micro-objects, unreadable signs or hidden paintings – are brilliant examples of this philosophy of creation. From a conceptual perspective, poetics of meagerness propose new ways of interacting with the addressee based on a slowdown in the perceptive process, conativeness, and the erasure of boundaries between producer and consumer. Thus, it functions as a productive counter-discourse within the so-called «culture of spectacle» – as theorised, in different ways, by authors such as Guy Debord and Jacques Rancière. The suspension of the distance between artist and audience contributes to a more democratised production of meaning that turns the understanding of artistic creation into a critical and dialogic exchange.

Copyright: © 2016 Margalida Pons. This is an open-access work distributed under the terms of the Creative Commons Attribution License (CC BY). The use, distribution or reproduction is permitted, provided that the original author(s) and the copyright owner(s) are credited and that the original publication is cited, in accordance with accepted academic practice. The license allows for commercial use. No use, distribution or reproduction is permitted which does not comply with these terms.