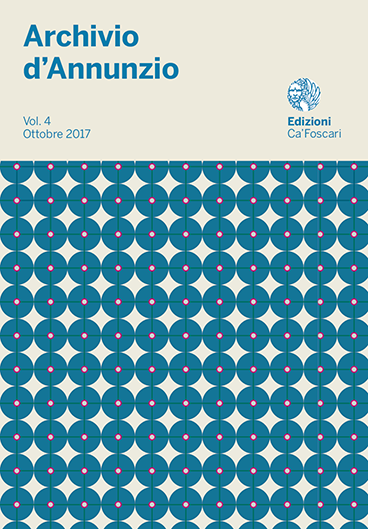 This paper focuses on the literary and dramaturgical variants existing between Le Chèvrefeuille and Il ferro, whose subjects are identical. As a matter of fact, d’Annunzio wrote the two tragedies in parallel, helped by Casa Fuerte for the French version. The title Le Chèvrefeuille is the crossing point of a semantic net formed by the French variants; the long stage directions that characterise this work deepen the dramatist’s attention for the actors’ interpretation in symbolist terms.