A journal that arises in a completely original way than other publications and supplements dedicated to the Immaginifico and considers the figure of Gabriele d’Annunzio as an eponymous sample of an interdisciplinary and multicultural vision, as suggested by the subtitle Journal of Comparative Studies. The personality of the poet who lived between naturalism and decadence, reflecting the movements of the fin de siècle crisis, marks the fields of literature, arts, music, film, political action and that of the history of habits and taste. It also find its ways of expression both in prose and poetry, theatre and research prose. The first section, «Officina dannunziana» presents this figure with its lights and shadows, the second section, «Civiltà dannunziana» is dedicated to other characters who, in various artistic forms, continued their work following the poet’s heels, creating a humanistic comparison which covers a large and culturally significant period of time.
Boards
people
Proposal / Submission
message
APCs
euro_symbol
Peer review
assignment_turned_in
Archive
archive
Guidelines
list
Indexes
format_indent_increase
Policy
reorder
CC 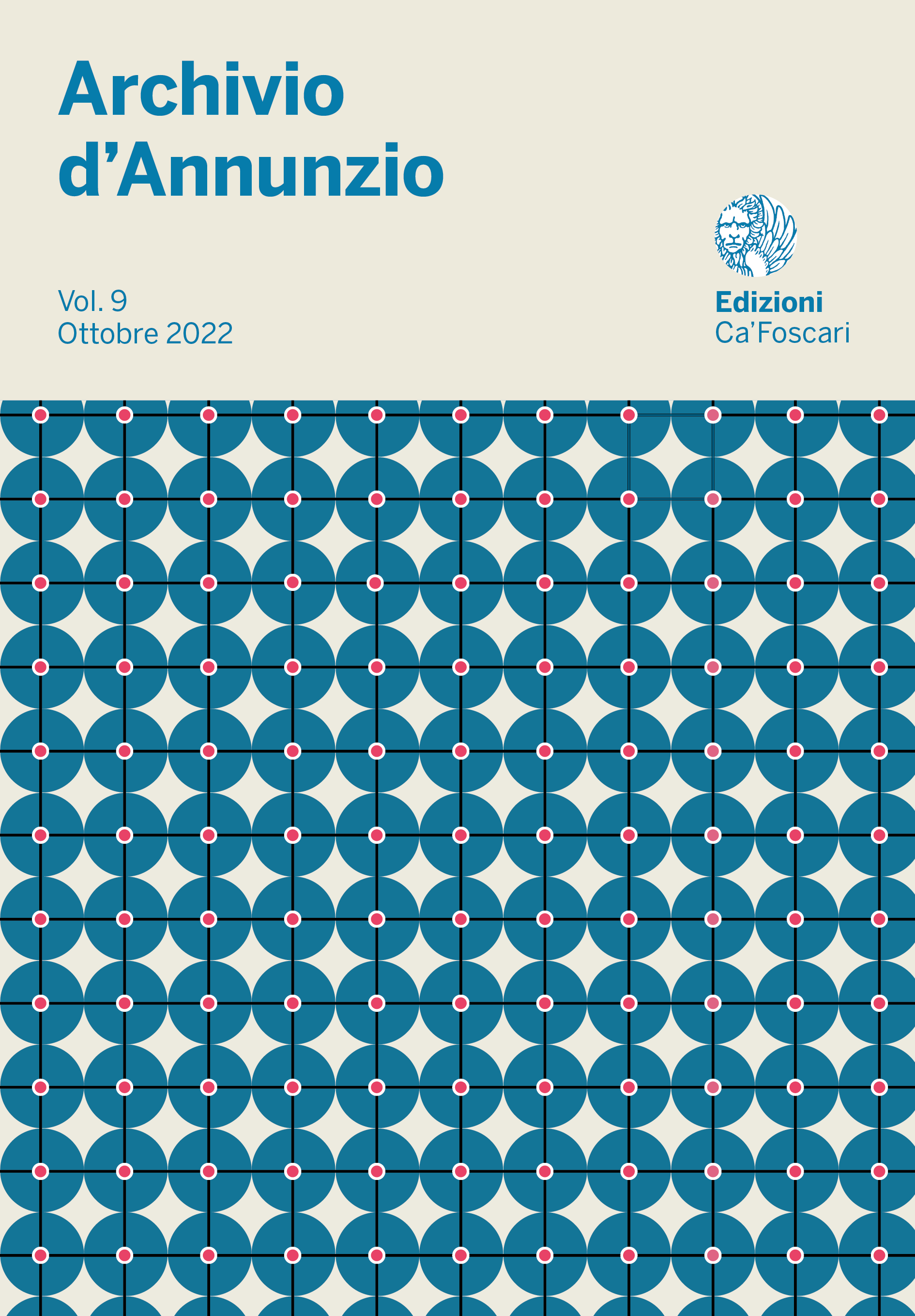 permalink http://doi.org/10.30687/AdA/2421-292X/2022/01
Copyright: © 2022 This is an open-access work distributed under the terms of the Creative Commons Attribution License (CC BY). The use, distribution or reproduction is permitted, provided that the original author(s) and the copyright owner(s) are credited and that the original publication is cited, in accordance with accepted academic practice. The license allows for commercial use. No use, distribution or reproduction is permitted which does not comply with these terms.