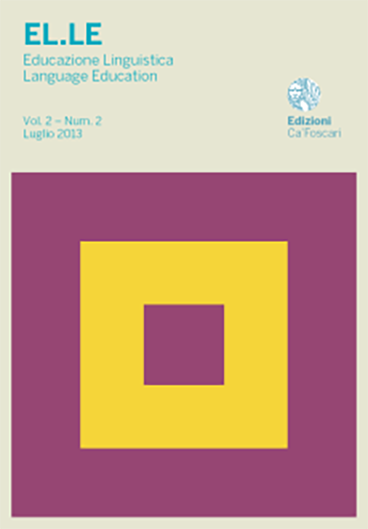 An investigation was carried out on pupils who attend classes in rural secondary middle schools in the north of the province of Pordenone in order to determine their motivation in language learning. It was a mixed-method research, since quantitative questionnaires and qualitative interviews have been adopted in order to collect the data. The research is interpretative in nature because the data have been interpreted only through the use of descriptive statistical methods. Four aspects have emerged from the study. First, lack of interest in the English course seems to be the main problem regarding the pupils’ language learning motivation. Second, pupils are not exposed to English sufficiently in their everyday lives. Third, the position of Second Year pupils, who represent a sort of grey area, would appear to be the most critical of the Middle School pupils. Lastly, the position of the female pupils who, in general, tend to be more demanding than the male pupils.

Copyright: © 2013 Ada Bier. This is an open-access work distributed under the terms of the Creative Commons Attribution License (CC BY). The use, distribution or reproduction is permitted, provided that the original author(s) and the copyright owner(s) are credited and that the original publication is cited, in accordance with accepted academic practice. The license allows for commercial use. No use, distribution or reproduction is permitted which does not comply with these terms.