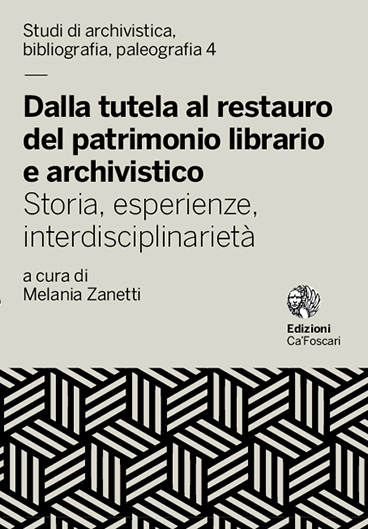 The present contribution is aimed at shedding focused light on some, or at least a few aspects of a (possibly) heightened ‘Humanistic’ awareness of the fact that manuscript materials are in constant need of a preservation policy. During the Humanistic period, within the frame of a renewed interest in Ancient Paganism and Christianity, an increasing amount of hardly well-known, if not almost entirely forgotten antique writings emerged. A question arises: did Humanists show a somewhat concern on material aspects such as restoration and conservation of written documents? We firstly examine the Latin technical terminology; then we discuss a passage from a letter by Ambrogio Traversari, in which an apparent allusion to an incipient, though stilly rudimentary preservation practice is detectable. Eventually, we endeavour to establish if such a practice is somewhat retraceable within the library of Nicholas the fifth, and then within the early Vatican Library.

Copyright: © 2018 Antonio Manfredi. This is an open-access work distributed under the terms of the Creative Commons Attribution License (CC BY). The use, distribution or reproduction is permitted, provided that the original author(s) and the copyright owner(s) are credited and that the original publication is cited, in accordance with accepted academic practice. The license allows for commercial use. No use, distribution or reproduction is permitted which does not comply with these terms.