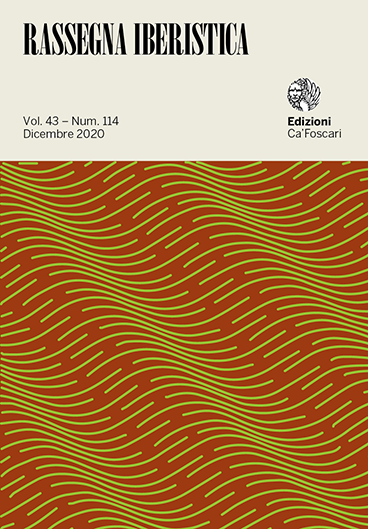 The Representation of Voice in María Moreno’s Chronicles

María Moreno developed, between the mid-seventies and the beginning of the eighties of the 20th century, an innovative aesthetic-journalistic proposal that seeks to inscribe her own voice in commissioned writing: she appropriates the so-called Society Section, representing other people’s voices, particularly those of celebrities. Conceiving the interview as the art of conversation, she constructs what we call ‘listening scenes’, in which she becomes an insightful chronicler of orality levels, who makes a literary use of statements by interviewees and that forces celebrities to share their notoriety.

Copyright: © 2020 Julieta Viú Adagio. This is an open-access work distributed under the terms of the Creative Commons Attribution License (CC BY). The use, distribution or reproduction is permitted, provided that the original author(s) and the copyright owner(s) are credited and that the original publication is cited, in accordance with accepted academic practice. The license allows for commercial use. No use, distribution or reproduction is permitted which does not comply with these terms.