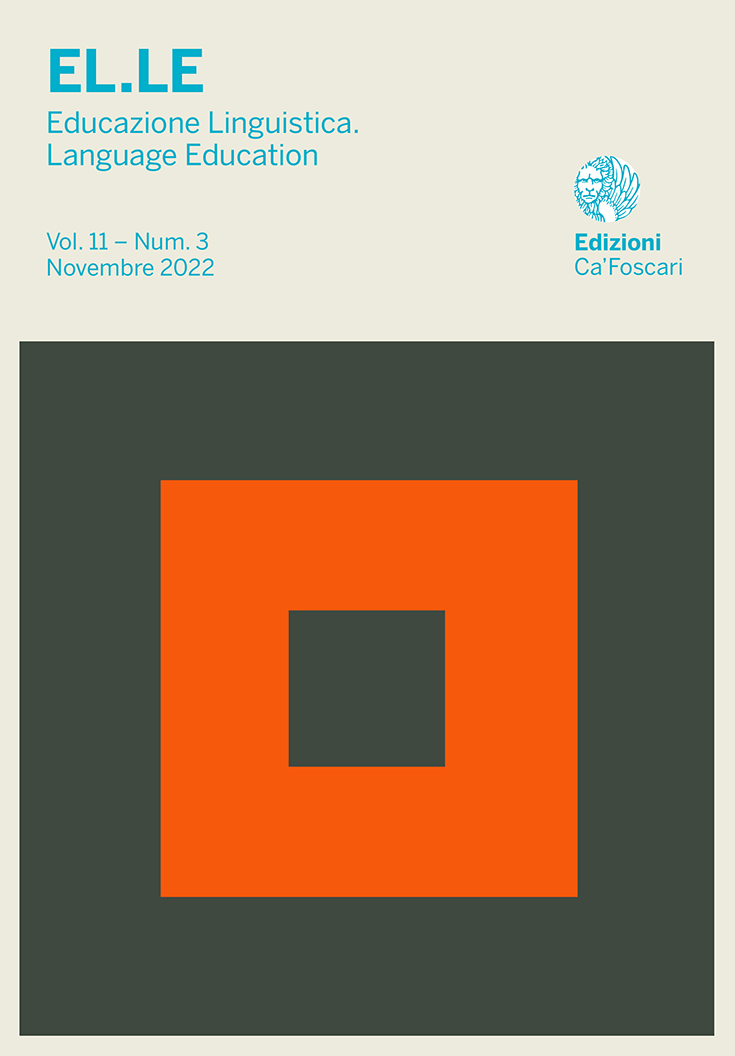 During the Fascist regime, foreign language teaching was prohibited. After the war, one of the main factors – both symbolic and factual – of Italy opening up to the world was the renovated role of foreign languages in the Italian School system. ANILS, the National Association of Foreign Language Teachers, has been active in Italy since 1947, and this article deals with its role in defining the main lines of linguistic policy in the Italian school system for the last 75 years. The authors, both former presidents of the Association, claim that ANILS gave a relevant contribution to moist of the innovative ideas that changed the role and the teaching of foreign languages of Italian as a Second and Foreign Language in Italy.

Copyright: © 2022 Paolo E. Balboni, Gianfranco Porcelli. This is an open-access work distributed under the terms of the Creative Commons Attribution License (CC BY). The use, distribution or reproduction is permitted, provided that the original author(s) and the copyright owner(s) are credited and that the original publication is cited, in accordance with accepted academic practice. The license allows for commercial use. No use, distribution or reproduction is permitted which does not comply with these terms.