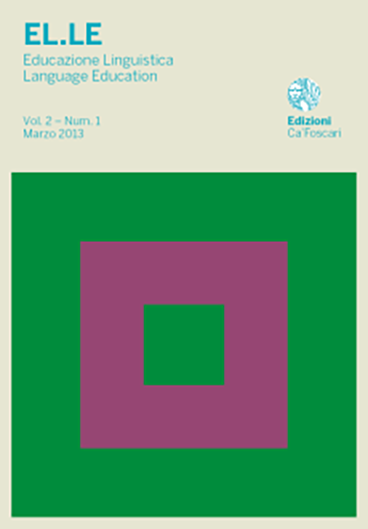 The Venetian school of language education research devotes equal attention to the objective of teaching, i.e. language(s) as communicative instrument(s), and to the subject of the learning process, the student. The human components of the teaching process, the teacher and the students, are seen from the humanistic perspective, which assumes that human beings are governed by reason and emotion, and that both are important to understand what and why they act the way they do. The role of the teacher’s emotions has been very rarely considered in literature, yet a teacher is an emotional being like his or her students. The emotional factor is analysed through a grid of factors defined by the cognitive theory of emotions; yet, going back to the classics, Plato’s classification of emotions can be assumed as another grid (and a highly productive one) to be considered in a discourse about the impact of emotions and their relationship to the rational side.

Copyright: © 2013 Paolo E. Balboni. This is an open-access work distributed under the terms of the Creative Commons Attribution License (CC BY). The use, distribution or reproduction is permitted, provided that the original author(s) and the copyright owner(s) are credited and that the original publication is cited, in accordance with accepted academic practice. The license allows for commercial use. No use, distribution or reproduction is permitted which does not comply with these terms.