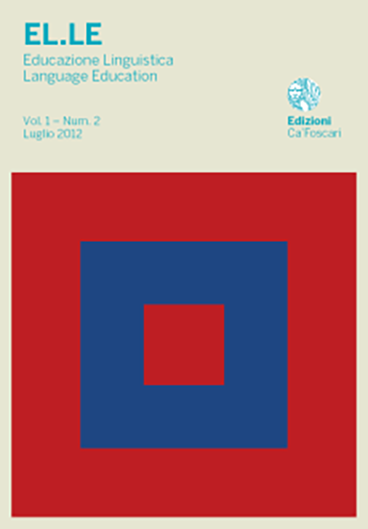 Giovanni Freddi was the founder of the Venetian school of language teaching research and he was mentioned as one of the inspirers of EL.LE. It was planned that he be the co-editor, but health problems during the period between the project and the actual publication led to his withdrawal. Giovanni Freddi died in August 2012. This essay studies Giovanni Freddi’s scientific production highlighting the main points of his research, which are still fundamental for the Centro di Ricerca e Formazione sulla Didattica delle Lingue as they are for most of Italian research in this field.

Copyright: © 2012 Paolo E. Balboni. This is an open-access work distributed under the terms of the Creative Commons Attribution License (CC BY). The use, distribution or reproduction is permitted, provided that the original author(s) and the copyright owner(s) are credited and that the original publication is cited, in accordance with accepted academic practice. The license allows for commercial use. No use, distribution or reproduction is permitted which does not comply with these terms.