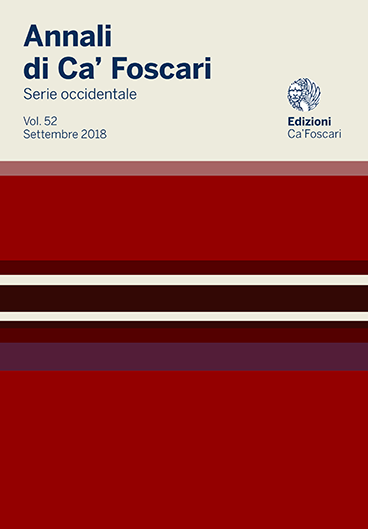 From the end of the 19th century, the French colonisation of Maghreb saw the birth of a cultural production deeply rooted in its historical-geographical context, characterised by a style and sometimes by contents that are essentially comic. These texts, which are often literary in nature, mostly illustrate the colonial world. They are written in Pataouète, the common language, the Patois of the Algerian French or, at least, they bear some resemblance to it. The remaining texts, which are the particular subject of this article, instead, consist of so-called ‘Sabir literature’, taking the form of texts describing the colonial Other, which is mainly Arabic. This ‘Sabir literature’ gives voice to the colonial Other in an idiom that is very different from French but that derives from it, also in its local form, although in what is, in essence, imprecise, sounding like caricature – the Sabir, being a French badly understood and badly spoken language by less-educated Arabic-speakers in their relationships with the French-speakers. This paper aims to give an account, as complete as possible, of these texts and of their essential features, while providing a general overview of the so-called literature in Sabir, which is a typical part of the Pieds-Noirs culture.