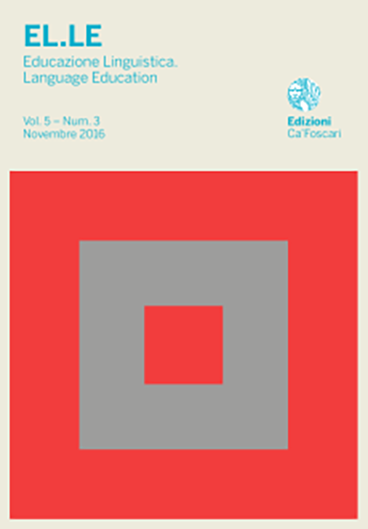 Variation is a physiological aspect of any living language and it cannot be left out of the language class without limiting or even strongly compromising the learner’s actual communicative success in that language. After shortly illustrating some examples of what effects variation has produced in Latin, English and Spanish, the contribution moves on to explaining the main problems and the most relevant advantages (variety as an antidote to boredom) that may derive from properly introducing variation in the language class. The final part of the paper suggests how this can be done by presenting such concepts as sociolinguistic conscience, consciousness and competence, utility and usability and the idea of a ‘variable model class’ lying at the basis of a ‘Bespoke language teaching’ approach.

Copyright: © 2016 Matteo Santipolo. This is an open-access work distributed under the terms of the Creative Commons Attribution License (CC BY). The use, distribution or reproduction is permitted, provided that the original author(s) and the copyright owner(s) are credited and that the original publication is cited, in accordance with accepted academic practice. The license allows for commercial use. No use, distribution or reproduction is permitted which does not comply with these terms.