Bhasha. Journal of South Asian Linguistics, Philology and Grammatical Traditions is an international journal that welcomes submissions that adopt evidence-based approaches to all areas of linguistics related to South Asian literary (classical and modern/contemporary), spoken and/or endangered languages. The aim of the Journal is to collect papers devoted to the general synchronic linguistic analysis (including sociolinguistic analysis pertaining to today’s languages) of particular languages and/or particular texts, even those that incorporate a comparative analysis with other languages or texts. From the point of view of linguistics, one of the other areas of interest is understanding the evolution of the various languages employed in South Asia today and in the previous historical phases. The term ‘evolution’ is here understood from the point of view of linguistic history – according to a pure diachronic linguistic perspective – as well as from the point of view of the history of these languages, concerning thus the dynamics existing between a specific language and the culture and socio-political context of the society where this language is spoken. For this reason, the Journal also includes in its scope the analysis of the history of reading and reception studies in South Asia. Articles focusing on textual details and criticism and on the history of manuscript traditions and circulation will also be considered. Last but not the least, particular emphasis is also placed on the study of grammatical traditions that have thrived in the South Asian regions. An important part of Bhasha will be devoted to reviews of new books or specific important papers related in some way to the aims of the Journal. The Journal predominantly publishes articles in English but will occasionally also publish in Italian, French and German. 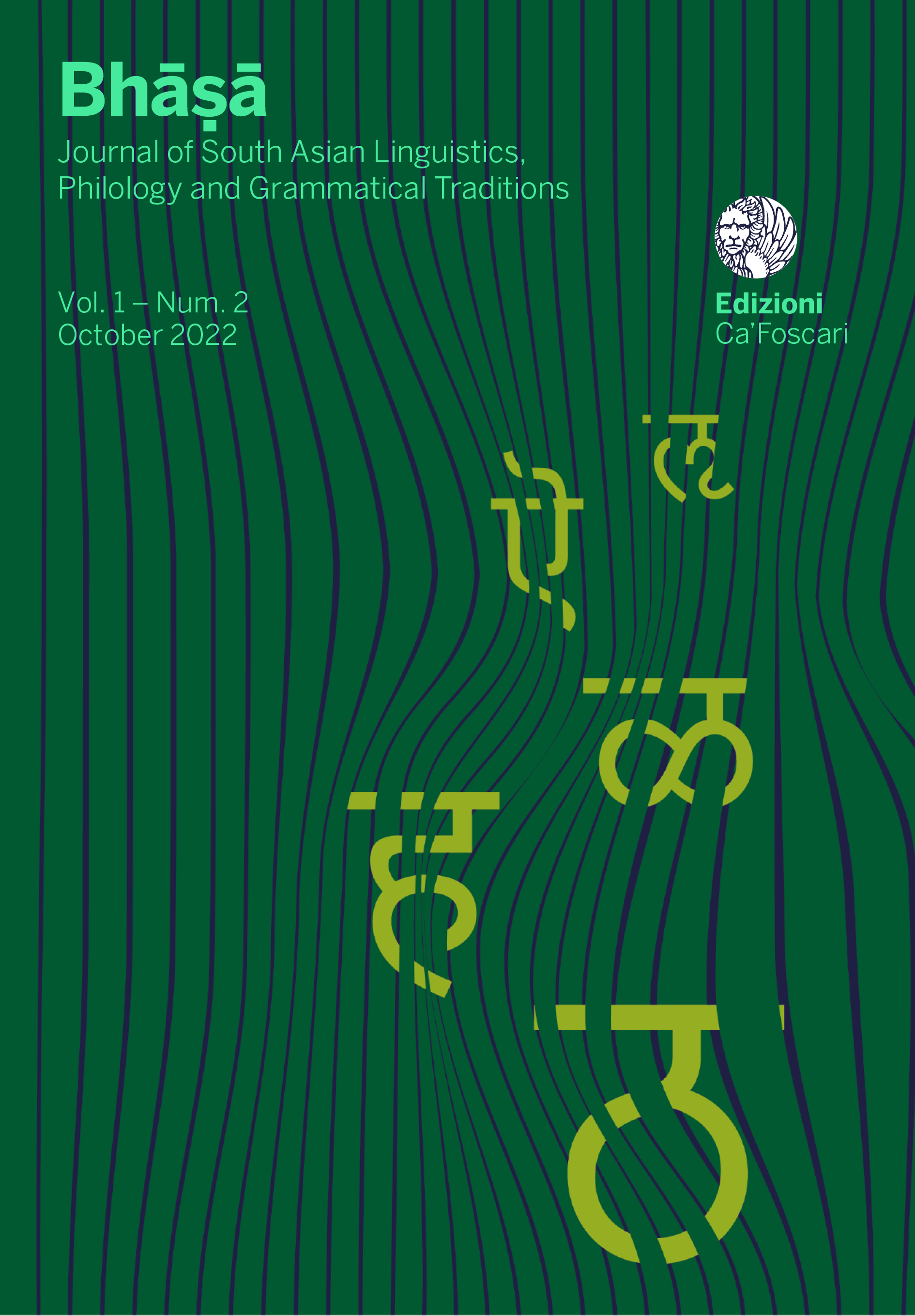 permalink http://doi.org/10.30687/bhasha/2785-5953/2022/01
Copyright: © 2022 This is an open-access work distributed under the terms of the Creative Commons Attribution License (CC BY). The use, distribution or reproduction is permitted, provided that the original author(s) and the copyright owner(s) are credited and that the original publication is cited, in accordance with accepted academic practice. The license allows for commercial use. No use, distribution or reproduction is permitted which does not comply with these terms.