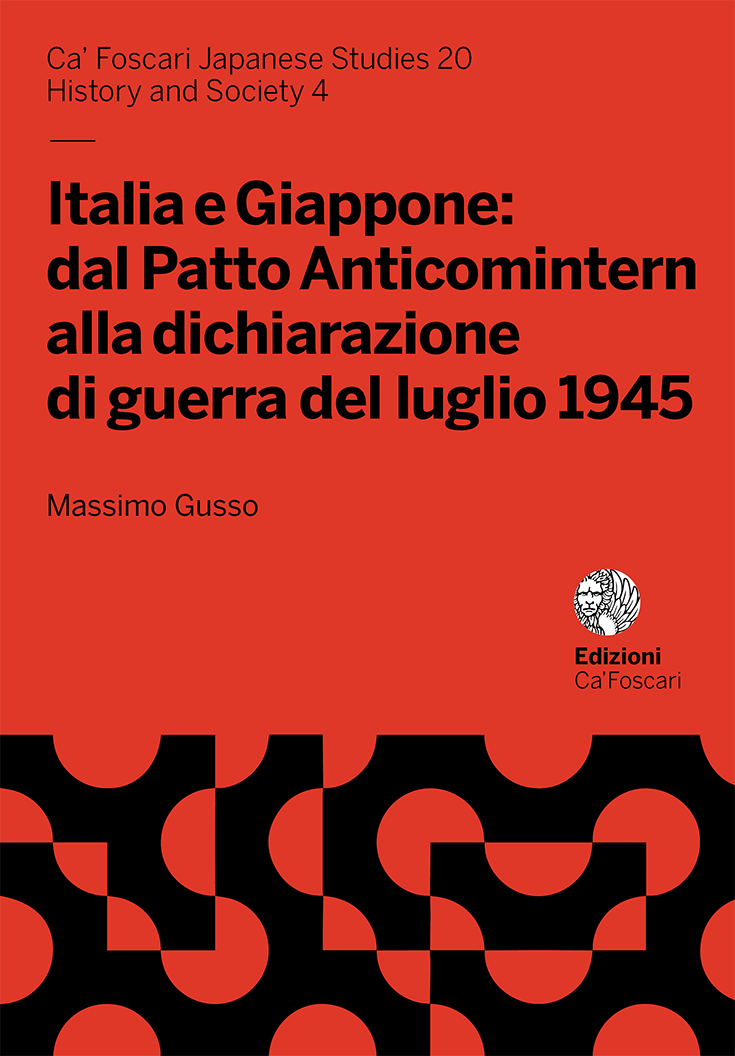 This book is a documentary analysis of an event that has received little attention in existing historiography: the Italian declaration of war on Japan, with effect from July 15, 1945, when the Italian government, with American approval, decided to create a fait accompli. The goal was to regain some space in the international policy on the eve of the Potsdam Conference and in view of the establishment of the United Nations, which would be attended firstly by the countries that had declared war on the Axis nations. The attempt did not go well: in fact, Italy started from the difficult position of a defeated country, even if, in the role of a co-belligerent nation (according to the Armistice dictate), Italy had offered commendable and sincere proofs in the fight against Nazi-fascism, both with the resistance struggle and with the reborn national army. Unlike France, which had no less faults (Vichy!), Italy had however begun the war on the wrong side, and this could not be forgiven, even after the great will of fighting the last power of the Axis still at war. The unexpected, sudden closure of the conflict in East Asia played against the extreme war gesture of Italy: the Americans had decided to take a radical step (the atomic bombs) after the Japanese refusal of the Potsdam ultimatum, as they estimated the expected invasion of the Japanese archipelago too burdensome in terms of casualties. The sudden conclusion of the war put an end to the Italian attempts to organise their own Far East expedition, which perhaps, in symbolic terms, could also have been developed. It is particularly ungenerous, as was done up to now, to ridicule or trivialise the choice of the Government in Rome, made by policy makers like Ferruccio Parri and Alcide De Gasperi, both above suspicions. The book starts from the analysis of the relations between Italy and Japan, up to the Tripartite Pact with Germany, and by reconstructing the story of the arrest and detention of the Italian diplomatic mission in Japan after 8 September 1943, an unprecedented episode, at that time, in the history of international relations, in order to arrive at the long ‘political’ preparation of the declaration of war on Japan, and it also addresses the difficult consequences of that really peculiar postwar period.

Copyright: © 2022 Massimo Gusso. This is an open-access work distributed under the terms of the Creative Commons Attribution License (CC BY). The use, distribution or reproduction is permitted, provided that the original author(s) and the copyright owner(s) are credited and that the original publication is cited, in accordance with accepted academic practice. The license allows for commercial use. No use, distribution or reproduction is permitted which does not comply with these terms.