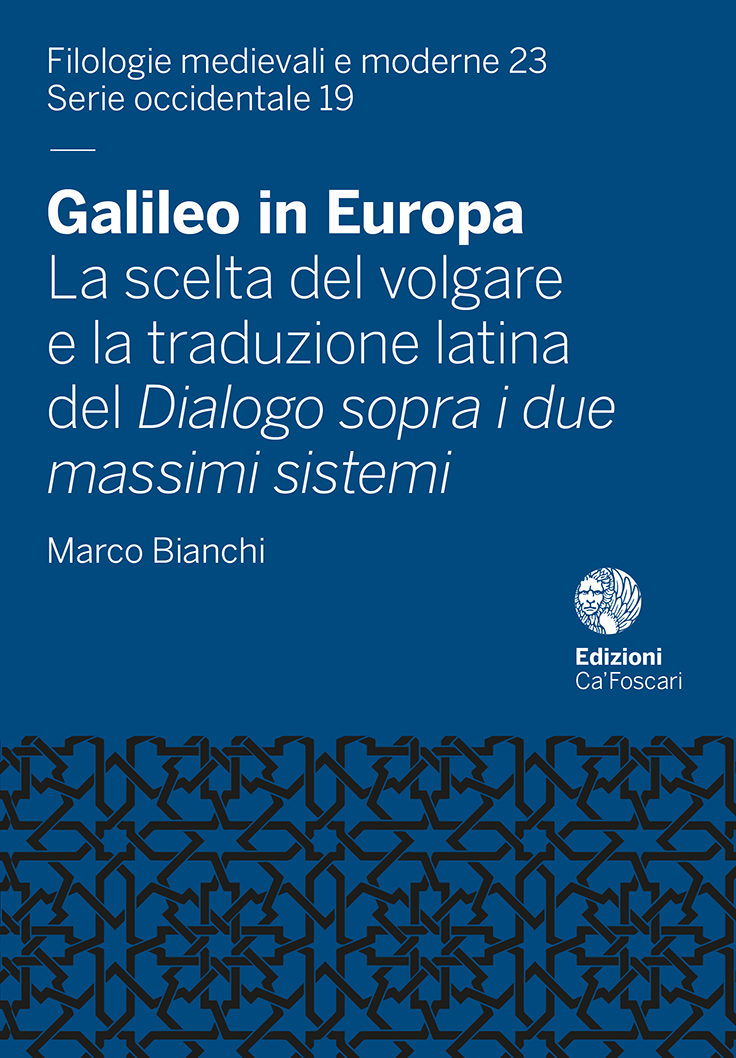 In addition to his capital contribution to science and philosophy, Galileo is also celebrated as a master of the Italian language. The first part of the book focuses on the explicit passages in which the scientist justifies the choice of language, on the few Latin letters of his and on the coexistence of Italian and Latin in the last work (Discourses and Mathematical Demonstrations Relating to Two New Sciences). Subject of the second part is the Latin translation of the Dialogue Concerning the Two Chief World Systems, which was published in 1635 by Matthias Bernegger. Particular attention is given to the history of the translation and to the rendering of Galileo’s terminology, idiomatic expressions and metaphors.