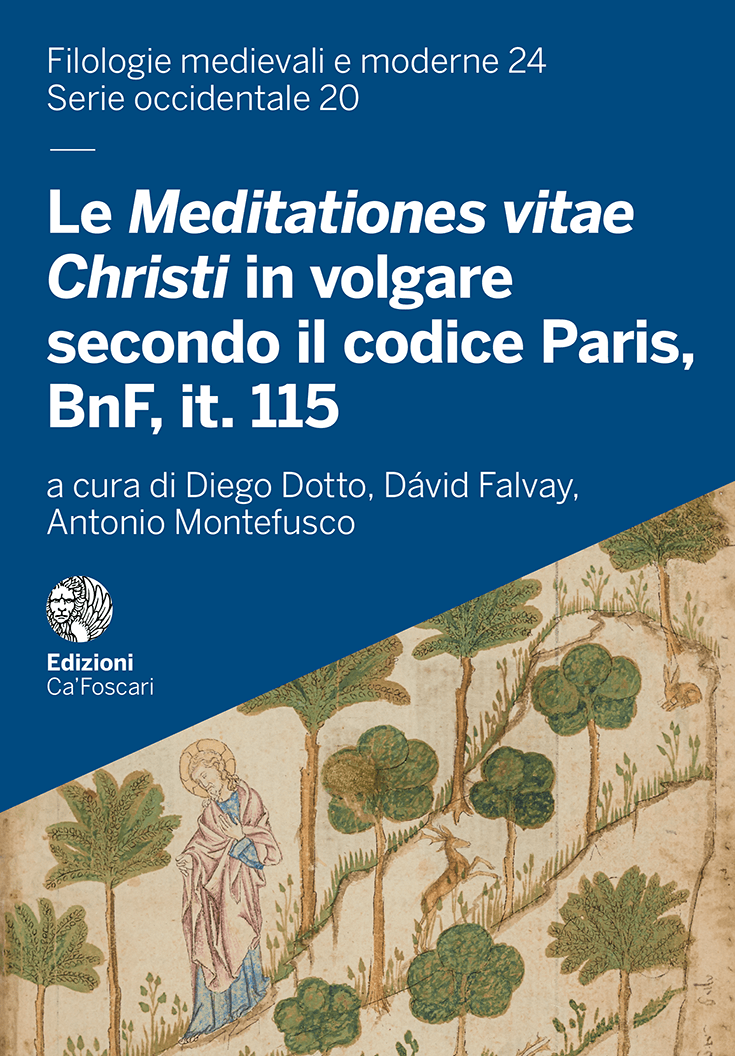 The Pseudo-Bonaventuran Meditationes vitae Christi is one of the most influential devotional narratives of the late middle ages. It was written in Tuscany in the early fourteenth century and survived in several Latin and vernacular manuscripts and early prints. An extensive discussion has engaged the scholars, especially about the issue of the first linguistic version of the text. Even if the Latin version seems to be the original text, the vernacular manuscript Paris, BnF, it. 115 stays as one of the most important and interesting witnesses of the work. One of the earliest surviving codices, it conserves the first Italian translation (penned in the Pisan area) of the text, enriched by a wonderful set of illustration. The present volume, which is the outcome of an international and interdisciplinary collaboration, offers the first critical edition of the text, the reproduction of all images, the edition of the instructions given to the artist, accompanied by detailed philological and art-historical commentaries, glossaries, and seven interdisciplinary introductory essays.