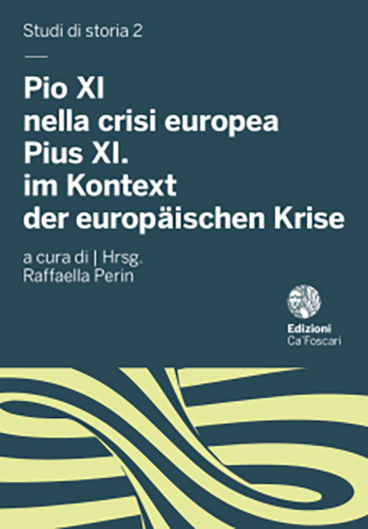 This book collects the papers presented at the Italian-German Conference held in Villa Vigoni in May 2015, Pius XI’s pontificate in the European Crisis: historiographic questions. Pope Pius XI reigned in crucial decades of the European history (February 1922 - February 1939). The interwar period saw the rise of authoritarian governments, the growth of a totalitarian control on individuals and societies, and the spread of legalized racism and antisemitism. The Catholic hierarchy (the pope, the national episcopacies and the clergy) was called to face these political, social and cultural changes. Scholars were invited to submitt the results of their studies based on documents available in the Vatican Archives, or to discuss new methodological and interpretative problems of still on going research.