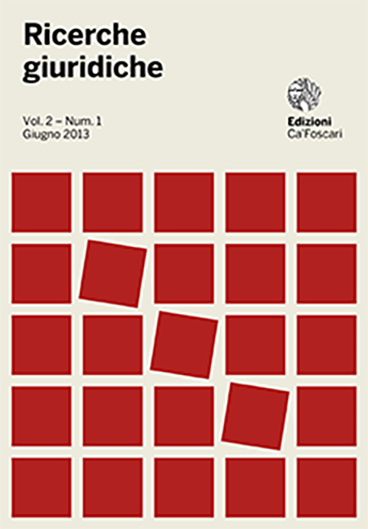 The article is aimed at analysing the issue of interpretation of international obligations arising from UN Security Council resolutions related to the fight against terrorism, in light of the recent judgment of the European Court of Justice in the Nada case. European judges ascertained the violations by Switzerland of articles 8 and 13 of the European Convention on Human Rights: recognizing “some latitude”, even though limited, in the action of Switzerland, the Court found that the respondent State did not take into account the specific situation of the applicant (health, age, residence) and failed to show that it attempted, as far as possible, to harmonise the obligations deriving from a UN Security Council resolution with the respect of human rights. The issue is quite complex, indeed: how to reconcile the obligations stemming from a UN resolution which prevail according to article 103 of UN Charter with the obligations to respect human rights according to the European Convention on Human Rights? A possible answer lies in the “equivalent protection” approach and in the principle of harmonious interpretation.

Copyright: © 2013 Alessia Morato, Sara De Vido. This is an open-access work distributed under the terms of the Creative Commons Attribution License (CC BY). The use, distribution or reproduction is permitted, provided that the original author(s) and the copyright owner(s) are credited and that the original publication is cited, in accordance with accepted academic practice. The license allows for commercial use. No use, distribution or reproduction is permitted which does not comply with these terms.