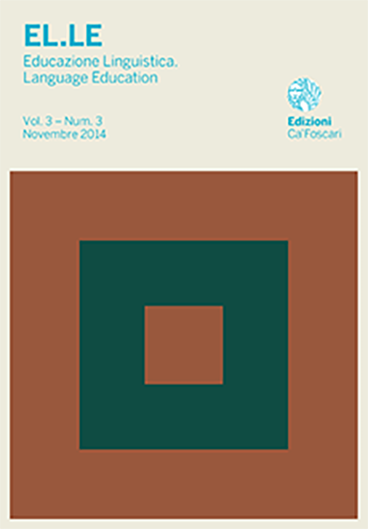 This study explored the expression and the perception of vocal emotions in L2 learners of Italian coming from different countries. We carried out an acoustic analysis of learners’ emotional speech in their L1s and in Italian, to verify to what extent their L1 influenced their productions in L2. To test learners’ ability to decode vocal emotions expressed by natives, we administered a perception test containing emotional stimuli in Italian; to verify the effectiveness of learners’ emotional speech, we administered a perception test to Italian listeners. Results revealed that learners’ productions were influenced by their L1s, consequently Italians experienced difficulties in decoding them. Learners encountered the same difficulties in identifying natives’ emotional speech. Such awareness could be useful for L2 teaching practices.

Copyright: © 2014 Anna De Marco, Emanuela Paone. This is an open-access work distributed under the terms of the Creative Commons Attribution License (CC BY). The use, distribution or reproduction is permitted, provided that the original author(s) and the copyright owner(s) are credited and that the original publication is cited, in accordance with accepted academic practice. The license allows for commercial use. No use, distribution or reproduction is permitted which does not comply with these terms.