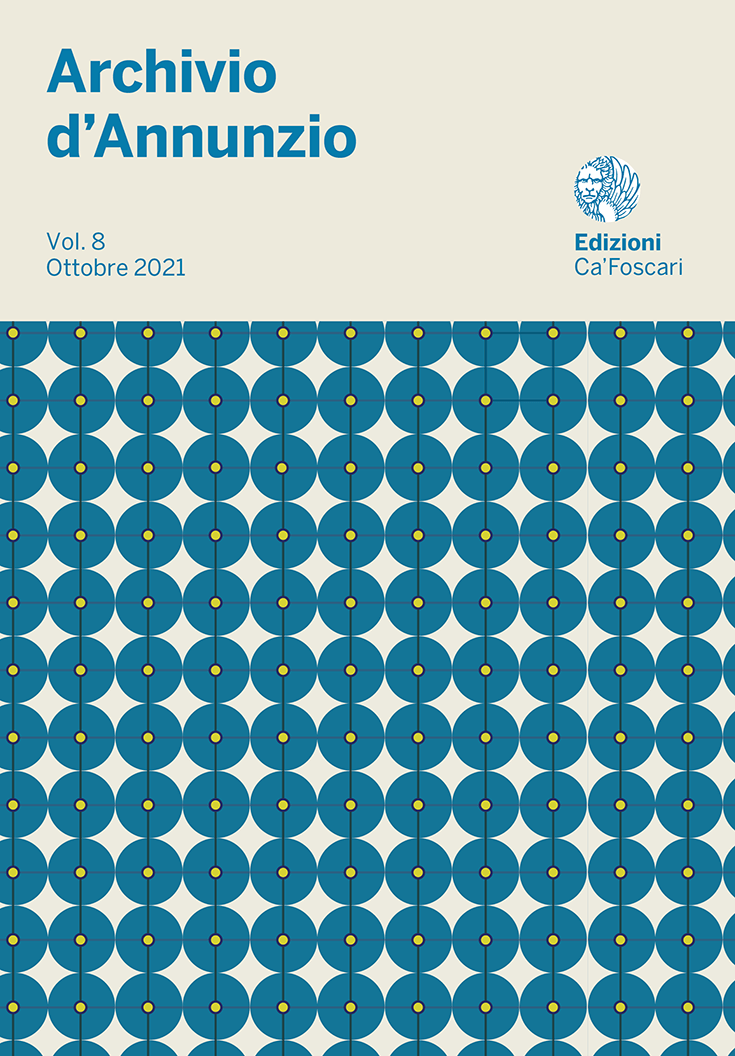 The textual incipit of the second Abruzzo tragedy by Gabriele d’Annunzio, La fiaccola sotto il moggio (1905), defines its character in close relationship with three literary references: the Vangeli (of Luca, Matteo and Marco), the Coefore of Eschilo and La figlia di Iorio (1903; ed. 1904) by the poet himself. The analysis of the first portion of the dramaturgical text shows how, starting from the initial atmospheres, the author loves the game of antiphrastic references with those works, which constitute the filigree of the poetic construction through thematic and conceptual references. Above all, the inverse morality that animates Gigliola, the protagonist, emerges in relation with the evangelical premises contained in the title, as well as the subversion of the tragic order of the classical matrix which also inspires the text.

Copyright: © 2021 Luciana Pasquini. This is an open-access work distributed under the terms of the Creative Commons Attribution License (CC BY). The use, distribution or reproduction is permitted, provided that the original author(s) and the copyright owner(s) are credited and that the original publication is cited, in accordance with accepted academic practice. The license allows for commercial use. No use, distribution or reproduction is permitted which does not comply with these terms.