Home > Catalogo > Antichistica > Languages, Objects, and the Transmission of Rituals > Protective Statues for Home and Workshop 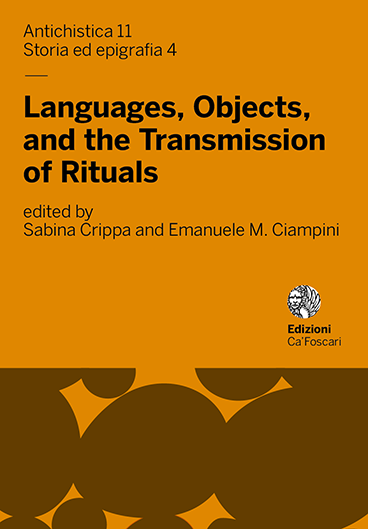 Protective Statues for Home and Workshop

The Evidence for Cross-Cultural Contact in the Greek Magical Papyri

Christopher A. Faraone    The University of Chicago, USA

The Greek magical papyri, especially the longer handbooks from Upper Egypt, reflect a good deal of cross-cultural mixture, but often this is not some form of free association, but rather a series of additions to or translations of one culture’s traditional ritual or ritual object in order to adapt or update it to new circumstances. This process is especially apparent in two recipes in the famous Paris Magical Papyrus (PGM IV) for small wax statuettes designed to protect or prosper houses or shops. In each case, the creator of the recipe begins with a well known domestic talisman drawn from a single cultural tradition – an image of the Egyptian god Pantheos or the Roman god Mercury with his money sack – and then adds divine names or details drawn from other traditions that reveal the cross-cultural currents in the late-antique environment in which he worked. These additions are, moreover, often acts of translation, for example, renaming the god depicted or giving him a new epithet.