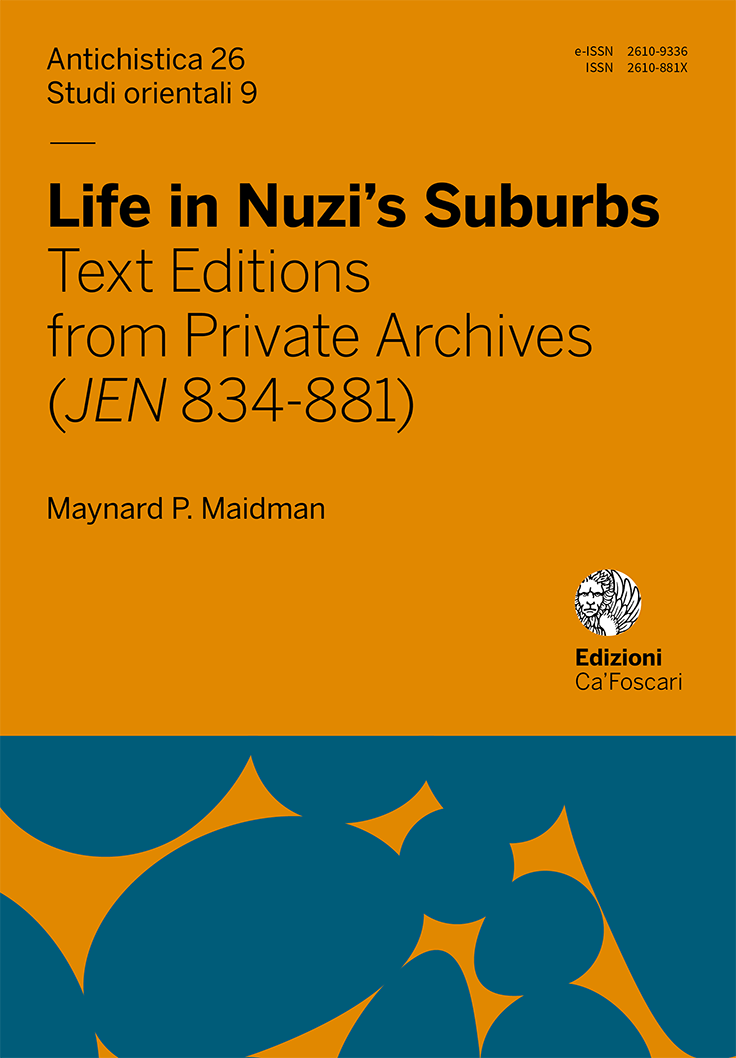 Nuzi was a town in what is today northeastern Iraq. It flourished as part of the kingdom of Mittanni from about 1475 to 1350 BCE, early in the Late Bronze Age. Uniquely for a town of its moderate size, Nuzi produced a huge number of documents of which almost 7,000 survive. These include economic, legal, administrative, and even a few scholastic texts. They come from government offices in the town, private houses from several of the town’s neighborhoods, and private villas in Nuzi’s wealthy suburbs. The present volume presents text editions, including transliterations, translations, and analyses of some  of these tablets from the suburbs, predominantly from a single family’s records, a huge private archive, one of the largest ever to have been unearthed in the entire ancient world.

Copyright: © 2020 Maynard P. Maidman. This is an open-access work distributed under the terms of the Creative Commons Attribution License (CC BY). The use, distribution or reproduction is permitted, provided that the original author(s) and the copyright owner(s) are credited and that the original publication is cited, in accordance with accepted academic practice. The license allows for commercial use. No use, distribution or reproduction is permitted which does not comply with these terms.