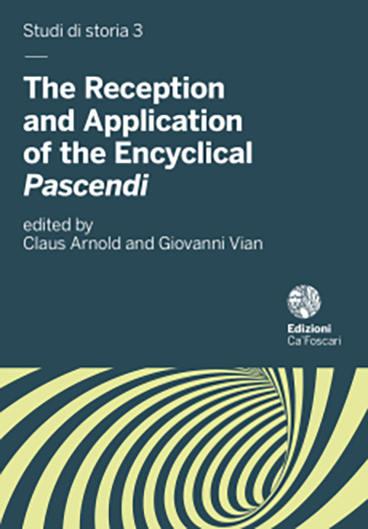 Reports from the non-German Speaking Parts of Austria-Hungary

The bishops of Austria-Hungary presented themselves as very keen in fulfilling the regulations of Pascendi, but they almost unanimously emphasized that there was no trace of ‘modernism’ to be found in theology or the ecclesiastical discipline within their respective dioceses. The term ‘modernism’ was mainly used to refer to a so-called ‘practical modernism’, i.e. a ‘liberal’ way of life in the parishes, to describe political and social movements (primarily the Christian Social Party, but also movements of national independence as in Bohemia) or, as in a few cases, to label criticism of ecclesiastical authorities.

Copyright: © 2017 Otto Weiß. This is an open-access work distributed under the terms of the Creative Commons Attribution License (CC BY). The use, distribution or reproduction is permitted, provided that the original author(s) and the copyright owner(s) are credited and that the original publication is cited, in accordance with accepted academic practice. The license allows for commercial use. No use, distribution or reproduction is permitted which does not comply with these terms.