Journal of Modern and Contemporary Christianity

This open-access, peer-reviewed journal offers a space to investigate, according to the criteria of historical research, the phenomena related to Christianity and the Christian Churches from the eighteenth century to the present day. This is an age in which Christianity and the Churches are confronted with advanced modernity and the dynamics of secularisation; and during which they develop a process of progressive globalisation, which has become increasingly evident in the last century, especially in the last decades. The journal is the result of the collaboration of scholars from different countries. Published every six months, the journal will alternate between monographic issues (including call for papers) and miscellaneous issues. As an expression of its international openness and awareness of the different languages that characterise the scientific community of historians of Christianity and the Churches and its articulations, the journal will publish each year an issue entirely in English and another one with contributions in French, English, Italian, Portuguese, Spanish and German. 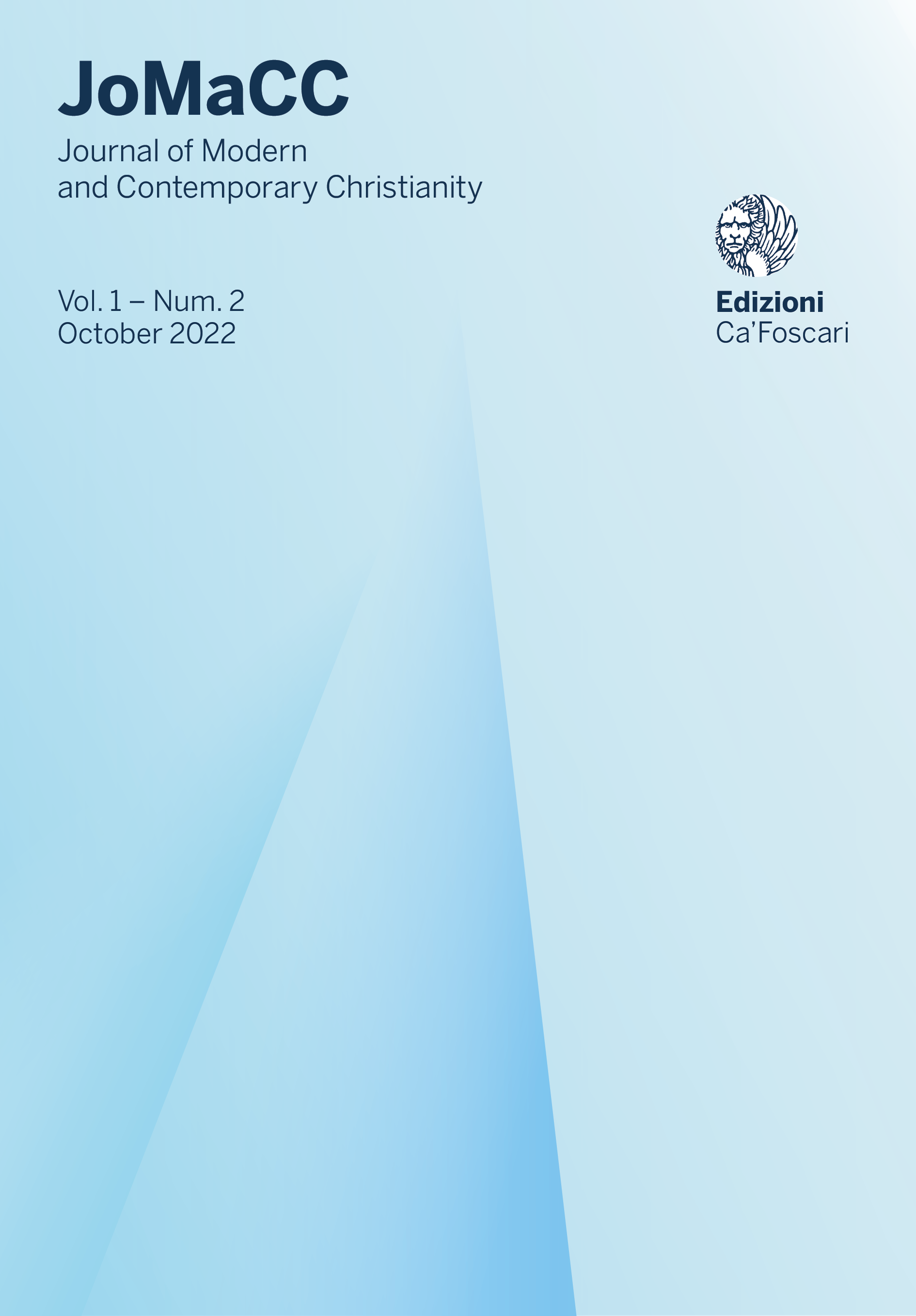 The Church of Pius XII after World War II (1945-58). The relationes ad limina as Sources for Historiographical Reflection

permalink http://doi.org/10.30687/JoMaCC/2785-6046/2022/02
Copyright: © 2022 This is an open-access work distributed under the terms of the Creative Commons Attribution License (CC BY). The use, distribution or reproduction is permitted, provided that the original author(s) and the copyright owner(s) are credited and that the original publication is cited, in accordance with accepted academic practice. The license allows for commercial use. No use, distribution or reproduction is permitted which does not comply with these terms.