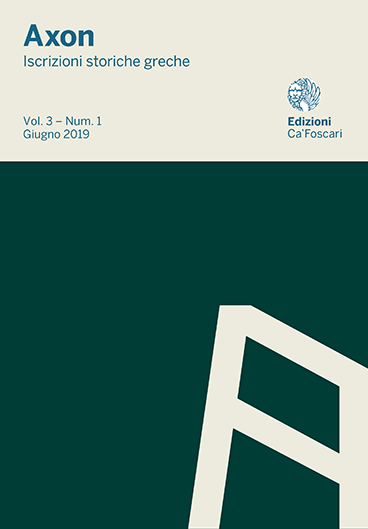 The inscription was rediscovered in the early years of the last century among the ruins of the town of Tylisos. It contains the text of an alliance agreement between the Cretan towns of Knossos and Tylisos – probably stipulated after a controversy – where Argos seems to play the mediator role; the dating oscillates between 460 and 450 BC. Particular attention has been paid to the role played by Argos in the controversy: indeed, Knossos and Tylisos would have turned to Argos with the aim of putting hostilities aside and establish peace relations because of Argos’ status of metropolis.