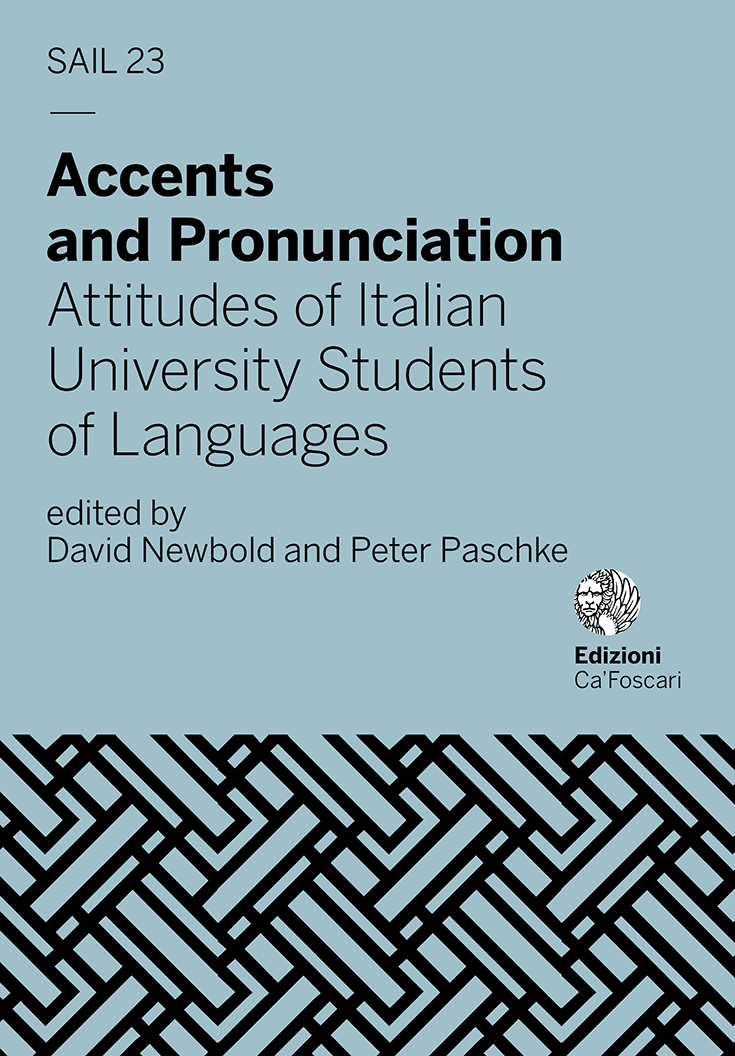 In recent years, endorsed by the updated (2018) version of the Common European Framework, intelligibility has replaced native-like pronunciation as a primary objective in foreign language teaching. But accent and pronunciation continue to be central issues for university students of languages. This volume presents the results of an investigation into the attitudes of some 370 first-year students at Ca’ Foscari University of Venice, the first such study in Italy, involving students of 13 languages, the principal ones being English, Spanish, French, German and Russian. The survey investigated the importance given to pronunciation in the foreign language, the motivation students have to improve it, and the possible conflict of identity which the acquisition of a ‘foreign’ pronunciation might incur. Students were invited to reflect on the quality and variability of their pronunciation in the two foreign languages they were studying, on their ability to assess it, on affective aspects linked to pronunciation, and on their awareness of phonetic features. They were also asked for their opinions about the pronunciation of English as a Lingua Franca (ELF) and about Italian when spoken with a foreign accent. The contributions in this volume describe the linguistic background of respondents, present and analyse the attitudes which emerge, verify the role of some independent variables (gender, plurilingualism, motivation for enrolment, languages studied, level of proficiency), and (in the case of ELF) report the findings of a follow-up study of master’s level students. The result is an overall picture likely to be of interest to anyone working in the field of university language teaching and who wishes to have a better idea of what students think about foreign language pronunciation.

Copyright: © 2022 David Newbold, Peter Paschke. This is an open-access work distributed under the terms of the Creative Commons Attribution License (CC BY). The use, distribution or reproduction is permitted, provided that the original author(s) and the copyright owner(s) are credited and that the original publication is cited, in accordance with accepted academic practice. The license allows for commercial use. No use, distribution or reproduction is permitted which does not comply with these terms.