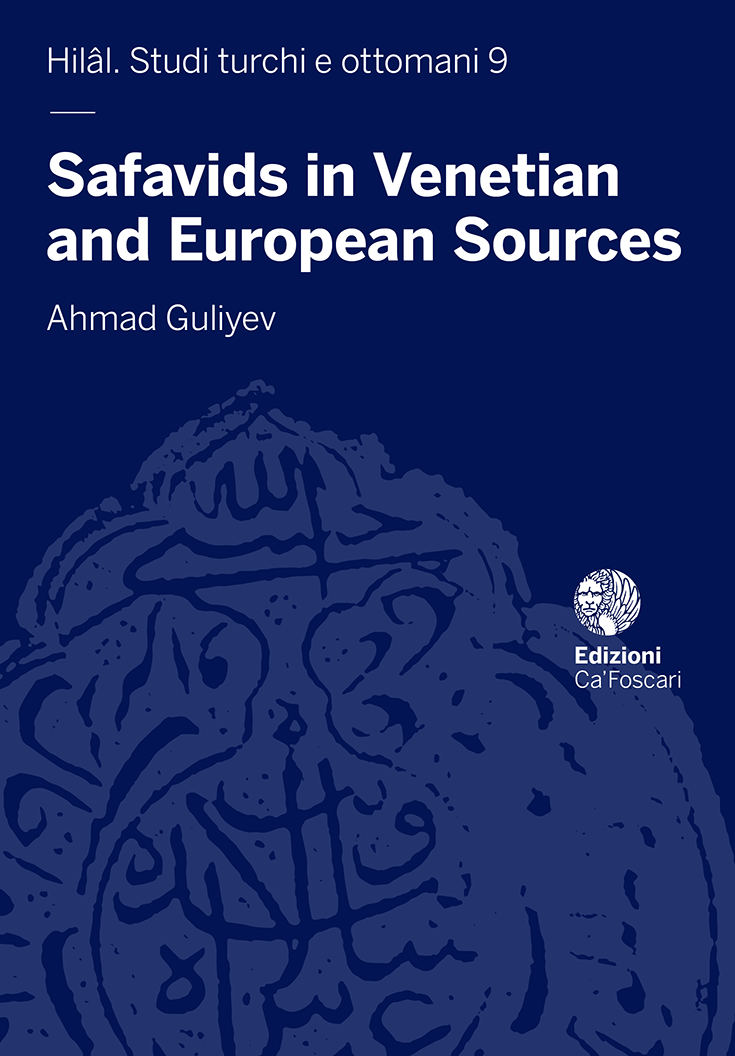 Safavids in Venetian and European Sources

The emergence of the Safavid Empire in the early sixteenth century marked a significant change in the geopolitics of the Middle East. This momentous change coincided with the widening of Ottoman expansion eastward and the exploration by European powers, especially by Venice, of the possibilities of forming alliances against the Ottomans with the involvement of the Safavids. Thus, Ottoman threat and commercial interests contributed to the emergence and development of diplomatic, cultural, and trade relations between the Republic of Venice and the Safavid Empire, which lasted until the end of the seventeenth century. Drawing on the documents from the Venetian State Archives and other contemporary sources, this book focuses mainly on some aspects of Safavid diplomacy, including the language of the Safavid polity, the role of European subjects as interpreters for the shahs, material and visual characteristics of Safavid diplomatic letters to Venice, the attitude of the Safavids towards resident diplomacy, the reception of the European envoys in the Safavid court and Europeans’ perception of Safavid diplomatic practices, as well as the characteristics of the Safavid embassies to Venice. We have tried to explain the role of Turkish as a language of diplomacy and communication in Safavid-Venetian encounters. We have also attempted to explore briefly how the Venetians distinguished Safavid subjects according to their ethno-linguistic affiliations. Finally, we examine the Ottoman factor in Safavid-Venetian relations in order to establish to what extent, if any, the Ottomans had an impact on the overall character of Safavid-Venetian relations.

Copyright: © 2022 Ahmad Guliyev. This is an open-access work distributed under the terms of the Creative Commons Attribution License (CC BY). The use, distribution or reproduction is permitted, provided that the original author(s) and the copyright owner(s) are credited and that the original publication is cited, in accordance with accepted academic practice. The license allows for commercial use. No use, distribution or reproduction is permitted which does not comply with these terms.