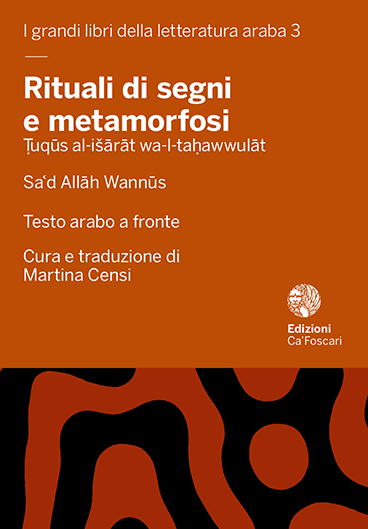 Ṭuqūs al-išārāt wa-l-taḥawwulāt (Rituals of Signs and Transformations), published in 1994, is a play which can be attributed to the last phase of Saʿd Allāh Wannūs’s literary production. At this stage, the Syrian author’s political commitment is no longer expressed through the interest for the collective dimension, but it focuses on the individual, considered as a pivotal element for social change. In Ṭuqūs, Saʿd Allāh Wannūs revisits history from an individual point of view, fragmenting it into a multiplicity of micro-narratives. During the 1880s in Damascus, the muftī, the chief religious legal authority, and the leader of the ašrāf, the descendants of the Prophet, are involved in a feud that splits the city into factions and brings it on the verge of anarchy. When the chief of police arrests the leader of the ašrāf while he is engaged in lovemaking with his mistress in his semi-private garden, the muftī concocts a scheme to save his enemy’s reputation, but his real aim is to subdue him and get rid of him. This event triggers a series of transformations involving the identities of the characters. Thus, the leader of the ašrāf, a regular of prostitutes and assiduous drinker, suddenly becomes a mystic with ascetic ambitions, while the upright muftī loses his head for a high-ranking woman who leaves her respectable life to become a prostitute. The whole society is destabilized by the desires of the characters. Desire not only affects their individual identity, but it also exerts influence on their social position, undermining a system of norms based on hypocrisy and on the division between the ‘latent’ and the ‘manifest’.

Copyright: © 2020 Saʻd Allāh Wannūs. Martina Censi. This is an open-access work distributed under the terms of the Creative Commons Attribution License (CC BY). The use, distribution or reproduction is permitted, provided that the original author(s) and the copyright owner(s) are credited and that the original publication is cited, in accordance with accepted academic practice. The license allows for commercial use. No use, distribution or reproduction is permitted which does not comply with these terms.