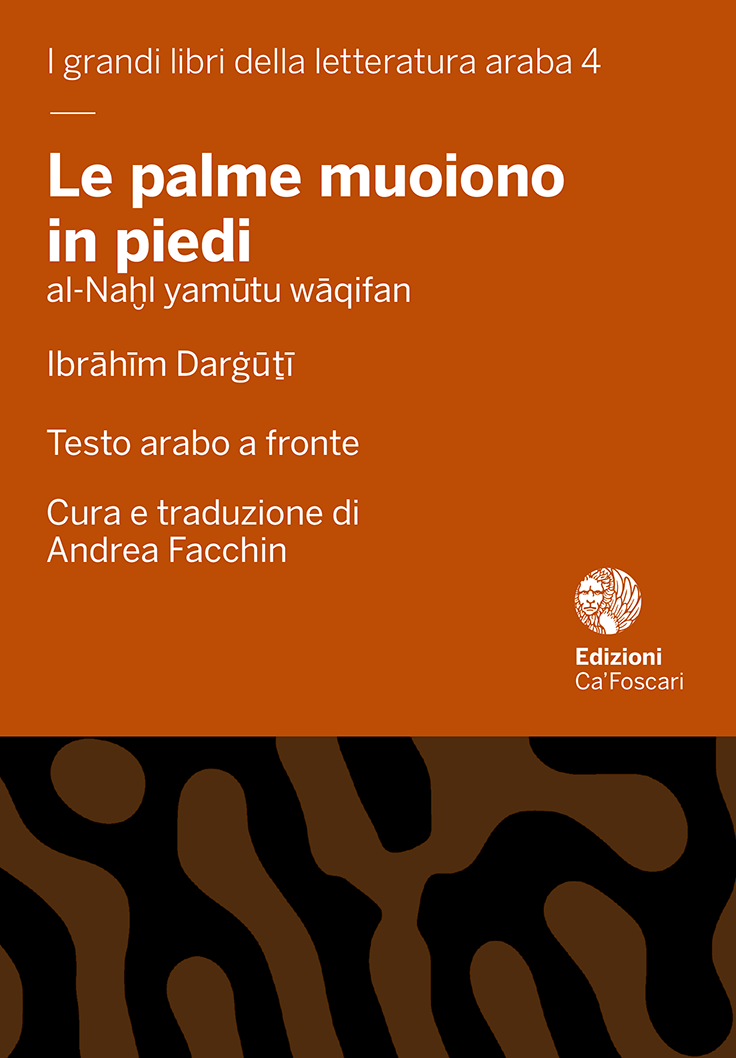 al-Naḫl yamūtu wāqifan (Palm Trees Wither Upright) is the first work by Tunisian writer Ibrāhīm Darġūṯī, born in El-Mahassen (Tozeur) in 1955, proponent of the experimentalism and magical realism, and known all over the Arab world for his pungent writing style. The work was published in Sfax in 1989, and is a collection of short stories devoted to the local life of al-Ǧarīd region, in southern Tunisia; to its traditions, distinctive traits and, at times, to imagination, creating a unique mixture, which is representative of Darġūṯī’s literature. Men, the desert, and palm trees are the essential elements, the three primary colours of this literary text. Stories unfold around this triad and through them its author introduces the many facets of local reality. “A hand full of sun for ʿAzīz” or “Lion’s paw” reveal an intimate relationship between nature, represented by the palm grove, and the inhabitants of that land; a sort of tacit agreement for which one has promised to take care of the other since the dawn of time. Other stories explore all the repressive elements of the system: class differences, hunger, humiliation, tyranny; in short, the loss of fundamental rights. In this sense, Darġūṯī’s work is not remission or defenceless immobility in the face of the injustices perpetrated by man on his neighbour; on the contrary, it is pure rebellion. al-Naḫl is a vivid mixture in which multiple traditions blend. It is a set of fragments of an Arab, Tunisian or Saharan setting fairy tale, or of the Islamic cultural heritage. It shows the scars left by French colonialism, or the challenge of man facing the change of times. It is a condemnation of all kinds of injustice, a cry of anguish and restlessness for the troubles of everyday life. It is a glimpse of the Ǧarīd with its mysteries, the desert that claims men’s lives, the almost metaphysical landscapes of a salt lake that was once a sea. It is the first work by Darġūṯī translated into Italian.