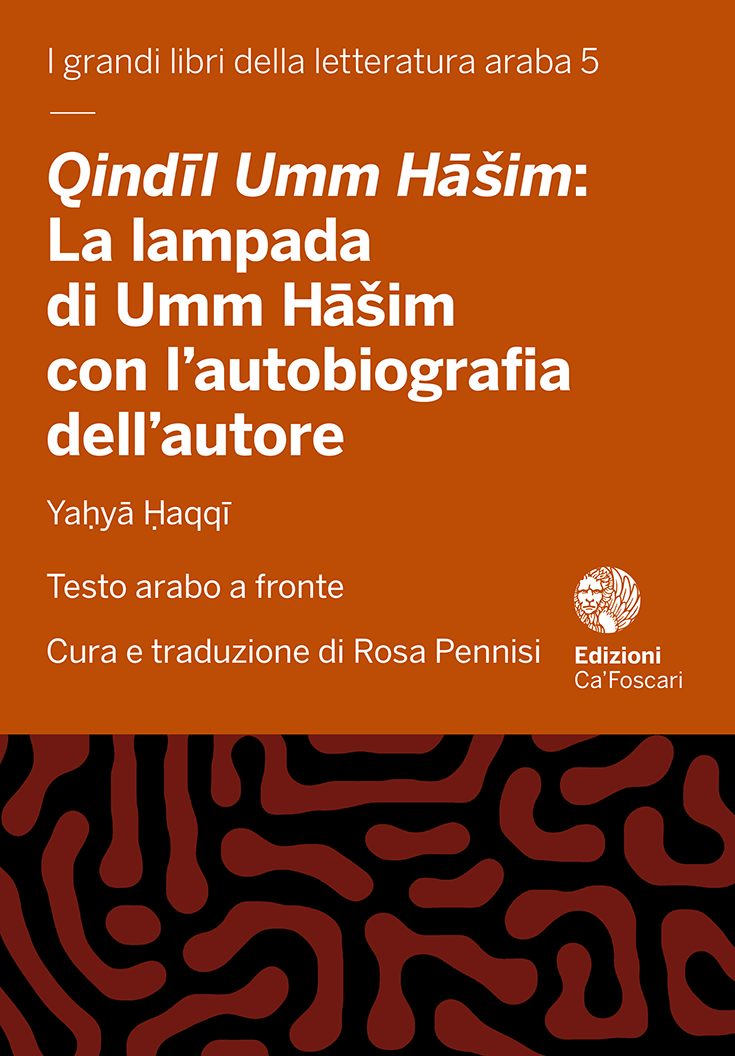 Qindīl Umm Hāšim, ‘The Lamp of Umm Hāšim’, is the title of Yaḥyā Ḥaqqī’s collection of short stories, first published in 1944, that made the author famous. Its enormous success can be traced back to the novella of the same title that opens the collection. The novella, due to its themes and narrative form, perfectly synthesizes the nationalistic spirit and modern ideals that developed in the 1920s around the al-madrasa al-ḥadīṯa movement, ‘The Modern School’, and ranks among the classics of modern Arabic fiction. It is a formally and stylistically mature work that manages to communicate in a linear and concise manner – with a formally perfect style and language that is both symbolic and direct – the spiritual, psychological and cultural complexity of the multidimensional tensions that characterise modern Egyptian reality. In 1975, following numerous reprints, an integrated edition of the collection was published containing Yaḥyā Ḥaqqī’s autobiography, which constitutes a true original essay by the author. In his autobiography Ašǧān ʿuḍw muntasib (Concerns of an affiliated member), Ḥaqqī not only reports the most important events of his life, but also offers a literary manifesto in which he confides his ideological, stylistic and literary concerns to the reader. The autobiographical manifesto emphasises how through writing (and the short story, in particular), Ḥaqqī wants to ‘shake up the Egyptian people’ so that they become aware of the socio-cultural and identity-national values that art plays in the modern era. Both his autobiography and the novella The Lamp of Umm Hāšim complement each other in capturing all the details that make up the style, ideology, innovation and commitment of a modern Egyptian intellectual. The novella – concentrated in a modest narrative space, along with Ḥaqqī’s literary manifesto – indisputably finds its place among the Great Books of Arabic Literature.

Copyright: © 2022 Yaḥyā Ḥaqqī. Rosa Pennisi. This is an open-access work distributed under the terms of the Creative Commons Attribution License (CC BY-NC-ND). The use, distribution or reproduction is permitted in unadapted form only and provided that the original author(s) and the copyright owner(s) are credited and that the original publication is cited, in accordance with accepted academic practice. You may not use the material for commercial purposes. No use, distribution or reproduction is permitted which does not comply with these terms.