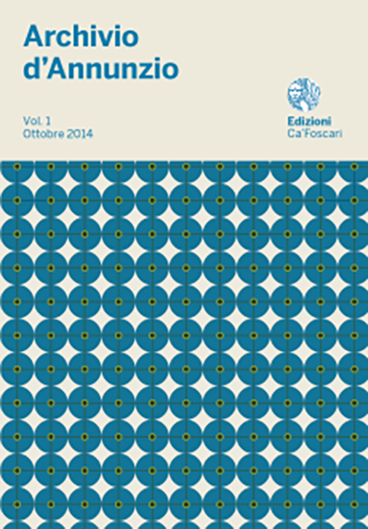 Within the constant linguistic research performed by Gabriele d’Annunzio, the chromatic lexicon plays a fundamental role. In his prose work, d’Annunzio developed a lexicon which aimed at attaining the maximum precision and at the same time remained constantly refined and solemn. In this regard, chromaticism is considered the stylistic device to meet these requirements. D’Annunzio made use of all the lexical strategies offered to him by the Italian language, proposing a particularly large body, rich in derivatives, compounds and, especially, referential terms. He selected the words less frequently used, made up new etymologies and sought out constantly new meanings. Furthermore, the semantic field of colour allows to thoroughly investigate d’Annunzio’s role in the literary language of the 20th century and, consequently, to realize how deeply indebted the Italian advertising system of the early 20th century was to him.