Home > Catalogo > Studi di storia > The Body, the Liturgy and the City 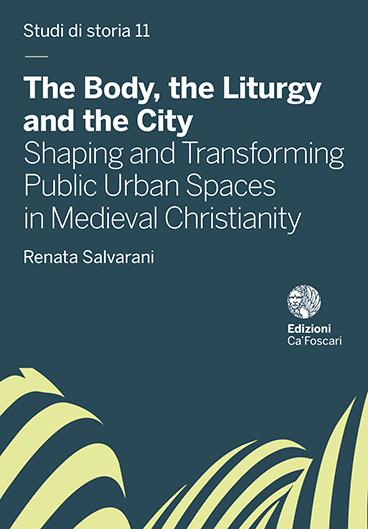 The Body, the Liturgy and the City

The body and the space are the fulcrums of dynamic relationships creating cultures, identities, societies. In the game of interactions between individuals, groups and space religions play a crucial role. During a ritual performance takes place a true genesis of a sacred space, not a simply symbolic featuring, but the birth of the environment for deep experiences involving both groups and whole cities. This work analyzes the theme from a historical point of view, with a focus on Christianity and particularly on medieval Latin liturgies. Indeed, for Christian theology the body has a primary value: related with the dogma of the Incarnation, the chair is itself the place of the manifestation of the sacred; the sacraments make the presence of God real in the material; individuals and community are involved in the ritual participation. Christian liturgy makes present, generated and gives with life a new body. Together it generates a space. This space is in the city, interacts with the entire urban society, inside the eschatological dialectic between earthly and heavenly city. The heart centuries of the Middle Age (between 9th and 12th specifically) has been a great liturgical laboratory, in a period of violent political and social changes. The book introduces some case studies of medieval memorial liturgies, processions and stational celebrations: their codifying highlights the interactions between the rite and the city and the capacity of the Christian community to integrate different religious groups in the same general ritual context. Resilience and ability to transfer the changes of the society in the liturgy and in a symbolic space are also evident. The cases are referred to Jerusalem and Rome, two cities that, thanks to their liturgical heritage, became emblems for the whole Christianity and models to be imitated everywhere in the Christian oicumene.

Copyright: © 2019 Renata Salvarani. This is an open-access work distributed under the terms of the Creative Commons Attribution License (CC BY). The use, distribution or reproduction is permitted, provided that the original author(s) and the copyright owner(s) are credited and that the original publication is cited, in accordance with accepted academic practice. The license allows for commercial use. No use, distribution or reproduction is permitted which does not comply with these terms.