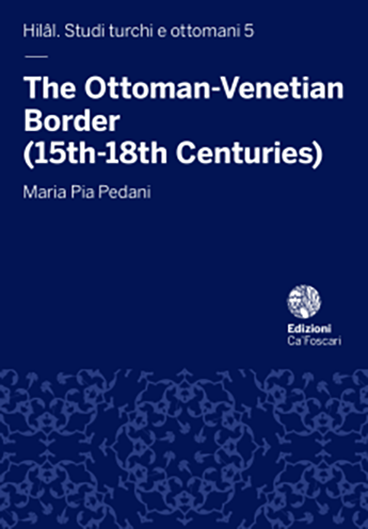 The aim of this book is to study the development of frontier and border relations between Christian and Muslim countries at the end of the Middle Ages and in the Modern Age. Few essays have been written about the Ottoman border in the Modern Age: when and how it was created, how it developed and which documents were produced to establish it. Some documents that have been recently discovered show that a proper border already existed at the end of the fifteenth century, at least in some regions of the Empire. The first chapter deals with the words used both in Europe and in the Islamic world to express the idea of frontier, border, boundary and other related concepts. Then, the second chapter tackles the concept of frontier in general. A further field of study is represented by the relations that took place in a frontier region; about this subject, several examples are provided by the contacts between the subjects of the Republic of Venice and those of the Ottoman Empire. For many centuries also the sea was considered only a frontier, crossed by ships of corsairs, pirates, levends and regular fleets. In the third chapter, the author analyses how a land-border was usually established. The first Ottoman border with a Christian state seems to have been that with the Republic of Venice. The fourth chapter describes the society that lived in a border region. The fifth chapter deals with the Mediterranean. In general, Europeans and Muslims had different opinions about the possession of the sea: on the one hand, the former thought that it belonged to everyone and no sovereign could presume to rule over it; on the other, the latter thought it could belong to a prince. A border is not only a line established on the ground. It may also be everything that separates two different ways of thinking and living. In this logic, the elements used to identify ‘the other’ become more and more important. The sixth and the seventh chapters deal with the means used to recognise a foreigner and the people who crossed a border. Signs were put on things, but also human bodies might be signed for ever; the behaviour was also another important element that divided the subjects of a ruler from those of another; also the way of imagining ‘the other’ varied according to the centuries, above all as far as Christians and Muslims were concerned. The development of the means used to identify a group or a person are also of special interest. With the appearance of new documents of personal identification, the study of the passage from the concept of frontier to that of border may be considered to be complete. A slow development that, in the sphere of Christian-Muslim relations, had begun in the Middle Ages had finally reached long-lasting results. Nowadays, new technical devices allow us to create new borders; they are no longer linked to the idea of space, but to the image individuals offer of themselves as well as to the way of living and considering our and others’ time.