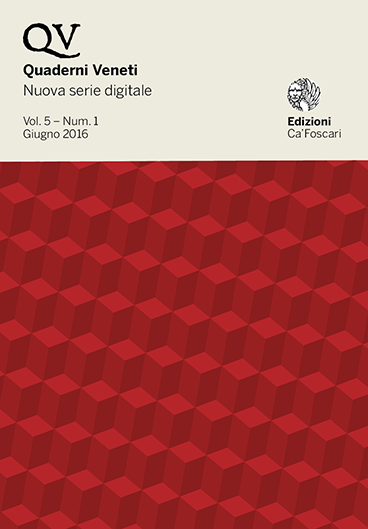 As is revealed in a note at the end of the Italian Verter (sic), Melchiorre Cesarotti corrects the ossianic part of Goethe’s work (before the suicide, Werther reads Selma’s songs and a fragment of Berato to his adored Lotte) inside the translation by Michiel Salom, who writes one of the first Italian versions of the novel. The lines of Salom have been compared simultaneously with those of the corresponding poems by Cesarotti, with the German version (translated by Salom) and with the English one (translated by Cesarotti in his original version), in order to understand the differences between the two translations. Subsequently the comparison has been extended to the entire work of Ossian’s Poems by Cesarotti, in order to see how his wording is an influential part of Salom’s lines. The study provides evidence and a hypothesis about the influence of the professor of Padua in an interesting literary episode never previously analysed.