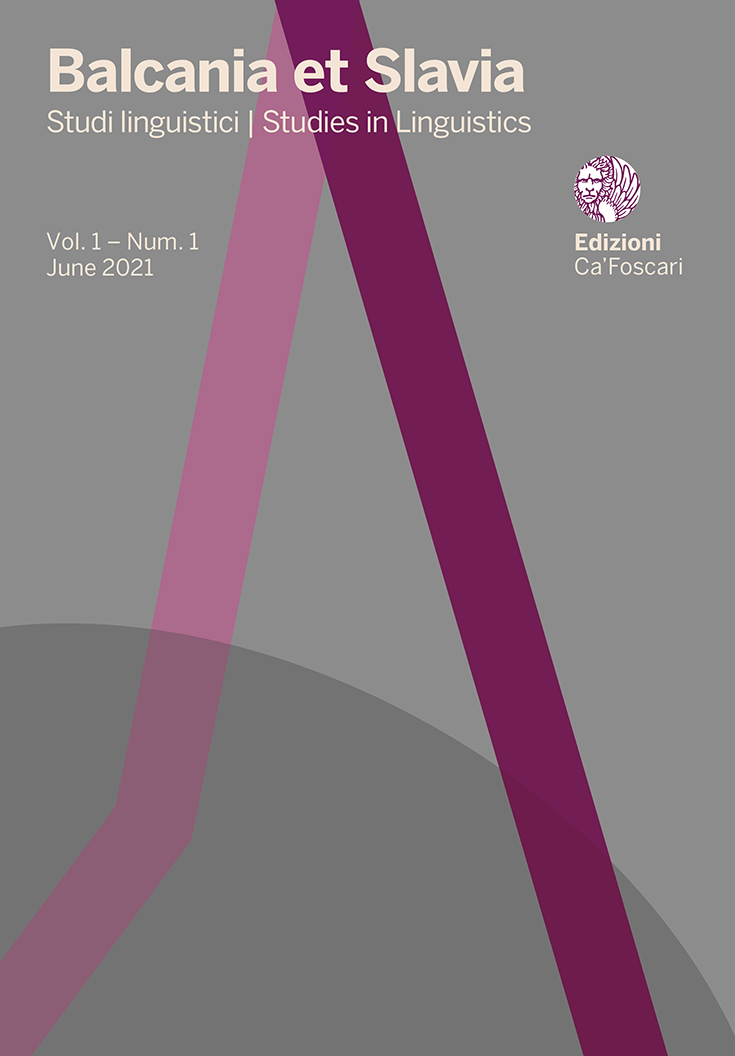 On the Diachrony of the Clitic Cluster in Bulgarian

The article traces back the formation of the clitic cluster in Bulgarian starting from the Old Church Slavonic through Middle Bulgarian up to the Early Modern Bulgarian and beyond. It offers a hypothetical two-layer structure of the cluster – with the main layer consisting of a (pronominal) core and a (verbal) periphery, and a secondary layer hosting (‘quasi-clitical’) elements that exhibit, both diachronically and synchronically, a behaviour that is not strictly consistent with that of the clitical elements. The language material from three corpora shows that there was no change in the positions of the elements in the core, and the changes in the periphery observed are mainly due to the changes in the set of the elements (as a result of the restructuring of the pronoun system and changes in the auxiliary system, as well as the loss of some early clitics, such as the discourse markers).

Copyright: © 2021 Tsvetana Dimitrova. This is an open-access work distributed under the terms of the Creative Commons Attribution License (CC BY). The use, distribution or reproduction is permitted, provided that the original author(s) and the copyright owner(s) are credited and that the original publication is cited, in accordance with accepted academic practice. The license allows for commercial use. No use, distribution or reproduction is permitted which does not comply with these terms.