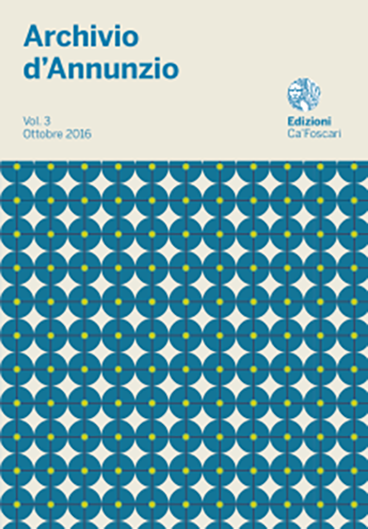 The article traces the relationship of d’Annunzio with the figurative arts and describes the role of natural landscape and art in his works, from his early art criticism activity, to his colorist poetry and to his short stories writing, until late Research Prose passing through his production in prose and verse. D’Annunzio’s career is divided into four times of his writing, founded on the dialectic between nature and art, and the prevalence of interior and exterior: the ‘open air’ of the early phase was followed by an interior season (that of Piacere), which was followed by a new solar season (Laudi) before returning to the prevalence of interior with the prose of Notturno.