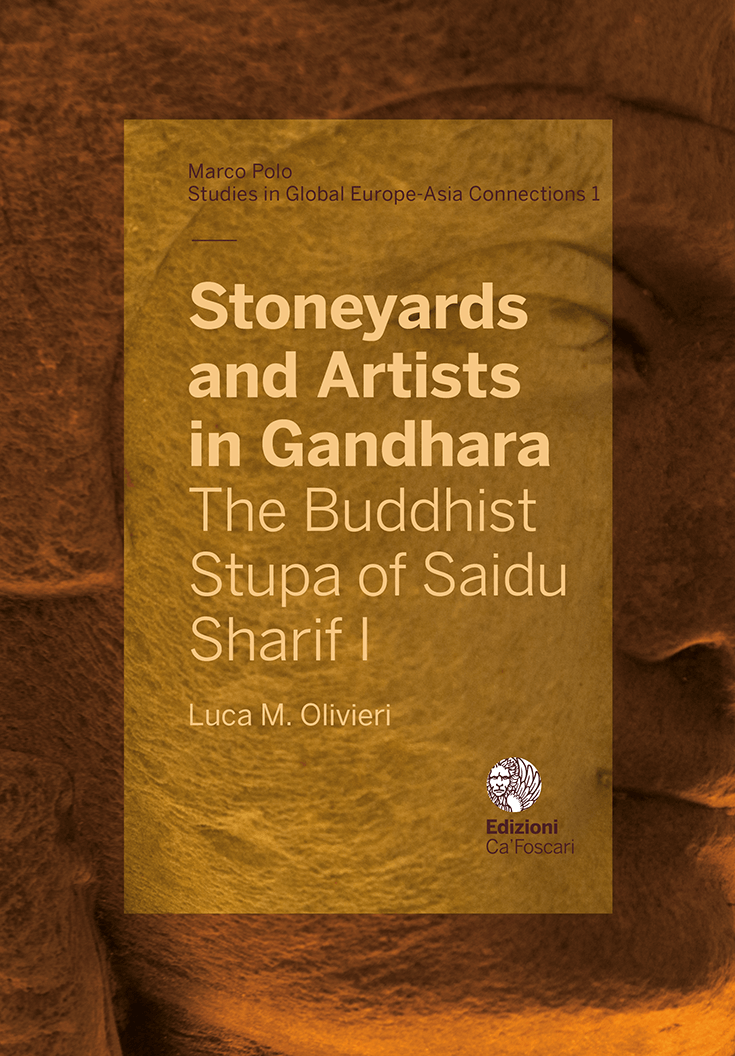 Stoneyards and Artists in Gandhara

The work presented here advances a hypothetical reconstruction of the planning and programming of the building site, the executive process, the construction and decoration, and ultimately the deconsecration and abandonment of an ancient Buddhist stupa. The chronological context is that of the mid-first to the early fourth century CE. The geographical context is the fertile and rich Swat valley, at the foot of the Karakoram-Hindukush, to the north of the ancient region of Gandhara (today in Pakistan). The study is based on archaeological excavation data conducted over several seasons, including the most recent seasons from 2011 to 2014. During the latter excavations, conducted by the Author, new data that allowed additions to be made to Domenico Faccenna’s previous studies were brought to light. Among these new insights, there are some of great importance that indicate the existence of a large central niche at the top of the stupa’s upper staircase, the key to the stupa’s figurative frieze. This frieze, which represents one of the highest moments of Gandharan Buddhist art, still imitated centuries later by celebrated artists in inner Asia (at Miran), is the product of a sculptural school guided with a sure hand by an anonymous Master, to whom the responsibility for the entire project should be attributed, architect, master builder and workshop master all in one. The existence of this so-called ‘Master of Saidu’, admirably intuited and elaborated by Faccenna, finds in this volume, if possible, further support, demonstrating the capacity of the archaeological school inaugurated by Faccenna himself to answer with ongoing excavation data the many questions that the enigma of Gandhara art still poses to scholars all over the world.

Copyright: © 2022 Luca M. Olivieri. This is an open-access work distributed under the terms of the Creative Commons Attribution License (CC BY). The use, distribution or reproduction is permitted, provided that the original author(s) and the copyright owner(s) are credited and that the original publication is cited, in accordance with accepted academic practice. The license allows for commercial use. No use, distribution or reproduction is permitted which does not comply with these terms.