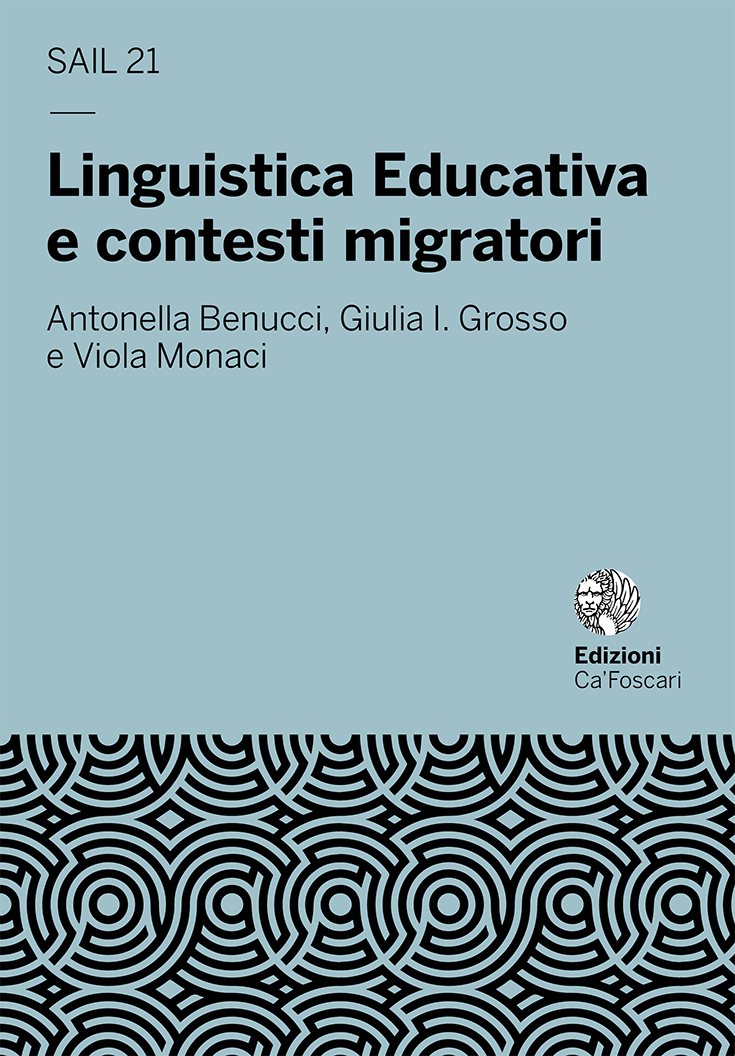 The volume, produced within the framework of the COMMIT project “Fostering the Integration of Resettled Refugees in Croatia, Italy, Portugal and Spain”, concerns the current European situation, and in particular the teaching of L2 in its relations and interdisciplinary exchanges with other scientific fields dealing with migratory phenomena; therefore, starting from the COMMIT experience, it offers a wide perspective, going beyond the borders of the countries involved in the project and identifying good practices that can be replicated in different territorial and social contexts to ensure successful social inclusion of newly arrived citizens.

COMMIT is a project funded by the European Commission (DG HOME), co-financed by the Ministry of Interior and the Project Partners and managed by the Mediterranean Coordination Office of the International Organization for Migration (IOM), in Italy. The project was implemented in collaboration with the IOM Missions in Croatia, Portugal and Spain, together with the Communitas Consortium, the Adecco Foundation for Equal Opportunities and the University for Foreigners of Siena (UNISTRASI). The project activities were implemented from 1 January 2019 to 30 April 2021.

The project, based on the idea that successful integration of resettled refugees occurs both by putting in place certain structural conditions and by promoting mutual exchange between resettled refugees and their host communities, aimed to support their integration into their new communities, with a special focus on women and young refugees as particularly vulnerable groups. A secure humanitarian migration route to the European Union launched in 2013 is targeted at refugees who are beneficiaries of resettlement. Several Member States, including Croatia, Italy, Portugal and Spain, have therefore established or strengthened their national resettlement and humanitarian admission programmes for resettled refugees of Syrian, Eritrean, Ethiopian or Sudanese origin. In preparation for resettlement, beneficiaries participate in a series of pre-departure cultural orientation activities. Among them, training in L2 language and culture plays a crucial role.

The book hence tries to offer answers to the many challenges that characterise the field of language education in contexts marked by the presence of migrants from an interdisciplinary perspective.

It provides for effective solutions for an inclusive language education, attentive to ‘vulnerable’ subjects, paying attention to the interweaving of complex individual, social, cultural and economic contexts, such as school and university training courses and reception and resettlement programmes in host societies.

In particular, the current situation in Italy, regarding both teaching L2 in a school context and teaching modern languages to adult foreigners, is still lacking in interdisciplinary relations and exchanges between language teaching and other scientific fields dealing with migratory phenomena. However, in recent years a particular sensitivity and empathy towards linguistic and cultural contact have developed.

Copyright: © 2021 Antonella Benucci, Giulia I. Grosso, Viola Monaci. This is an open-access work distributed under the terms of the Creative Commons Attribution License (CC BY). The use, distribution or reproduction is permitted, provided that the original author(s) and the copyright owner(s) are credited and that the original publication is cited, in accordance with accepted academic practice. The license allows for commercial use. No use, distribution or reproduction is permitted which does not comply with these terms.