Authors as Readers in the Mamlūk Period and Beyond 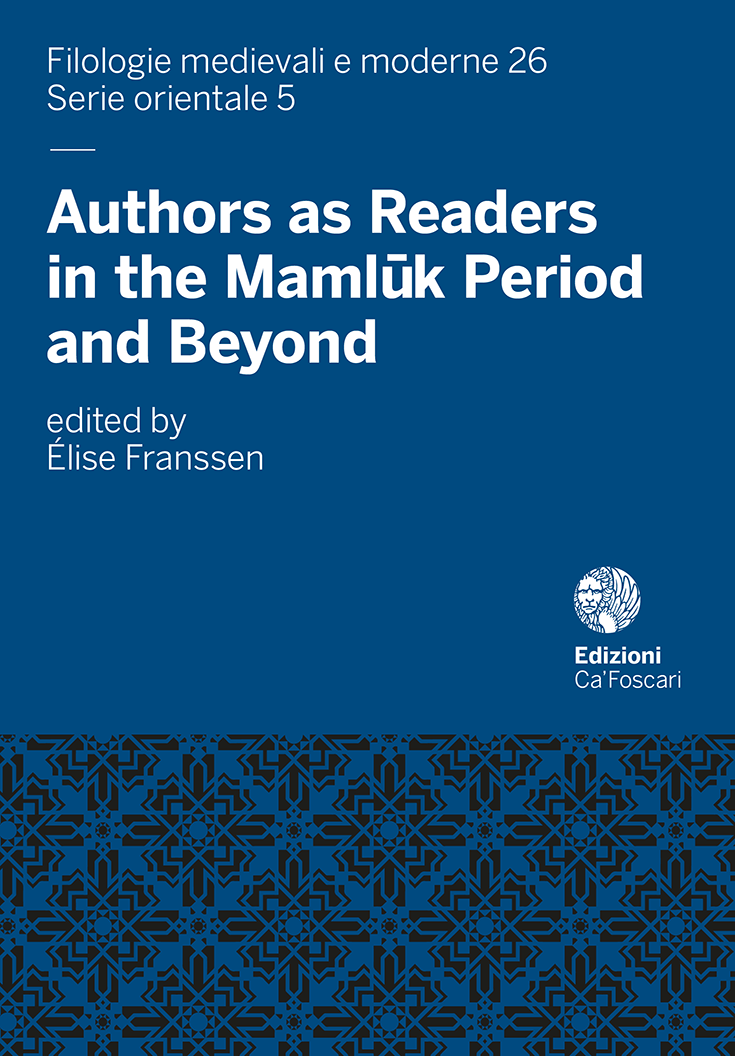 This paper focuses on a book list that was recorded by Ṣaḥḥāflarşeyḫizāde Esʿad Efendi, who occupied an important place as a scholar and as a chronicler in both cultural and political life of the Ottoman Empire in the nineteenth century, in one of his personal manuscript notebooks. This type of personal manuscript notebook was called mecmūʿa in Turkish and consisted of a variety of selected texts (e.g. poems, lines of prose, chronograms, correspondence, calculations, prayers). Generally, a compiler or several compilers selected texts and gathered their own mecmūʿa with these texts – this was a very common habit among Ottoman scholars. Esʿad Efendi started to compile his own at the beginning of his official career, collecting parts of the various books he had read and copying them into his mecmūʿa. In addition, Esʿad Efendi’s mecmūʿa contains uncompleted first drafts of his works and a list of books that he used during his researches. Considering together the book list and the works written by Esʿad Efendi in the following years, it is possible to see the relationship between the texts compiled into his mecmūʿa, the readings he made and his career trajectory. Thus, this paper aims to uncover the details of these relations through an examination of Esʿad Efendi’s reading practices.

Copyright: © 2022 Nazlı Vatansever. This is an open-access work distributed under the terms of the Creative Commons Attribution License (CC BY). The use, distribution or reproduction is permitted, provided that the original author(s) and the copyright owner(s) are credited and that the original publication is cited, in accordance with accepted academic practice. The license allows for commercial use. No use, distribution or reproduction is permitted which does not comply with these terms.