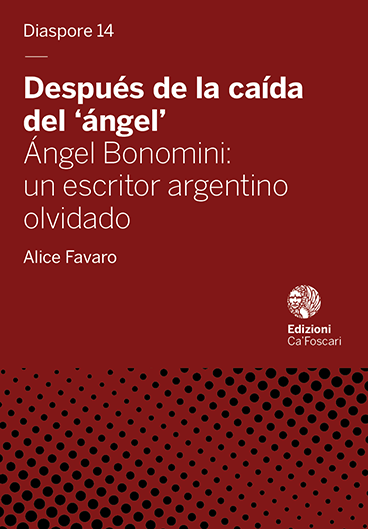 Ángel Bonomini was born in Buenos Aires in 1929 where he lived until his death at the age of sixty-four in 1994. He worked for various newspapers and magazines as an art critic and translator, but always maintaining his literary activity. He inherited the tradition of the Argentine fantastic and was a prolific writer: his production includes essays, poems and fantastic tales.
Although he lived in a period of great cultural splendor and his literary talent was recognised by authors such as Borges and Bioy Casares, he fell into an unexplained oblivion, disappearing quite early from the contemporary intellectual environment. His first poems, which date back to the 1950s, were published in Sur magazine and some of his tales were included in well-known anthologies of fantastic literature.
Among his collections of poems there are: Primera enunciación (1947), Argumento del enamorado. Baladas con Ángel (1952) written with María Elena Walsh, Torres para el silencio (1982) and Poética (1994). In 1972 he achieved great success with the publication of his first collection of fantastic tales, Los novicios de Lerna, followed by the publication of other books: Libro de los casos (1975), Los lentos elefantes de Milán (1978), Cuentos de amor (1982), Historias secretas (1985) and Más allá del puente (1996), posthumously published.
A particular use of the fantastic characterises his work and distinguishes him from his contemporary authors. In his tales there is a continuous contrast between metaphysics and existentialism; in this way, he makes a deep investigation of the reality and, at the same time, he tries to go beyond it.
This volume aims to analyse some emblematic tales by Bonomini in which it is possible to find the main topoi of Argentine fantastic and to understand why the author’s literary work is worth studying.
Published
April 30, 2020
Accepted
April 2, 2020
Submitted
March 9, 2020
Language
ES
ISBN (PRINT)
978-88-6969-417-2
ISBN (EBOOK)
978-88-6969-416-5

Copyright: © 2020 Alice Favaro. This is an open-access work distributed under the terms of the Creative Commons Attribution License (CC BY). The use, distribution or reproduction is permitted, provided that the original author(s) and the copyright owner(s) are credited and that the original publication is cited, in accordance with accepted academic practice. The license allows for commercial use. No use, distribution or reproduction is permitted which does not comply with these terms.