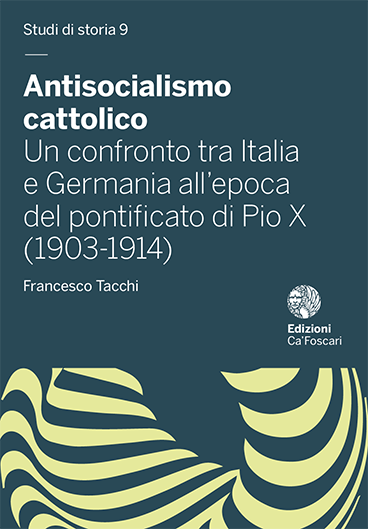 The remarkable and still increasing expansion of the international Socialist movement at the beginning of the 20th century was an important matter of concern for Catholic Church. This identified socialism as the last standard bearer of a basically anti-Christian modernity, as outcome and together vehicle of the secularization process, which was deemed as a deadly enemy of the traditional Christian social order and of religion itself. Thus for the Catholic word was the fight against the further spread of Socialist ‘heresy’ an absolute need. This research focuses precisely on the nature, forms and elements of Catholic antisocialism during the pontificate of Pius X (1903-1914). In doing so, it examines both the Italian and German context, which are investigated by means of two specific case studies: the diocese of Mainz for Germany, the archdiocese of Pisa for Italy. The analysis of the diocesan dimension, therefore of urban and rural parishes – the lowest level of the ecclesiastical framework –, allows to recognise the actual ways in which Catholic clergymen and lay people attempted to counter the growth of socialism in their communities, as well as their thought patterns. Furthermore, the comparative approach of the reaserch brings to light similarities and differences which ultimately concern not only to the selected cases but, with the proper precautions, even Italian and German Catholicism as a whole. The volume is organised in three main parts and several chapters. Topic of the first part is theoretical Catholic anti-socialism, that is the representation of socialism in Catholic culture between the 19th and 20th centuries. The second and the third part focus on practical anti-socialism, regarding respectively the diocese of Mainz and of Pisa. Finally the results of this study, which follow from the adopted methodology, are shown in the last pages.

Copyright: © 2019 Francesco Tacchi. This is an open-access work distributed under the terms of the Creative Commons Attribution License (CC BY). The use, distribution or reproduction is permitted, provided that the original author(s) and the copyright owner(s) are credited and that the original publication is cited, in accordance with accepted academic practice. The license allows for commercial use. No use, distribution or reproduction is permitted which does not comply with these terms.