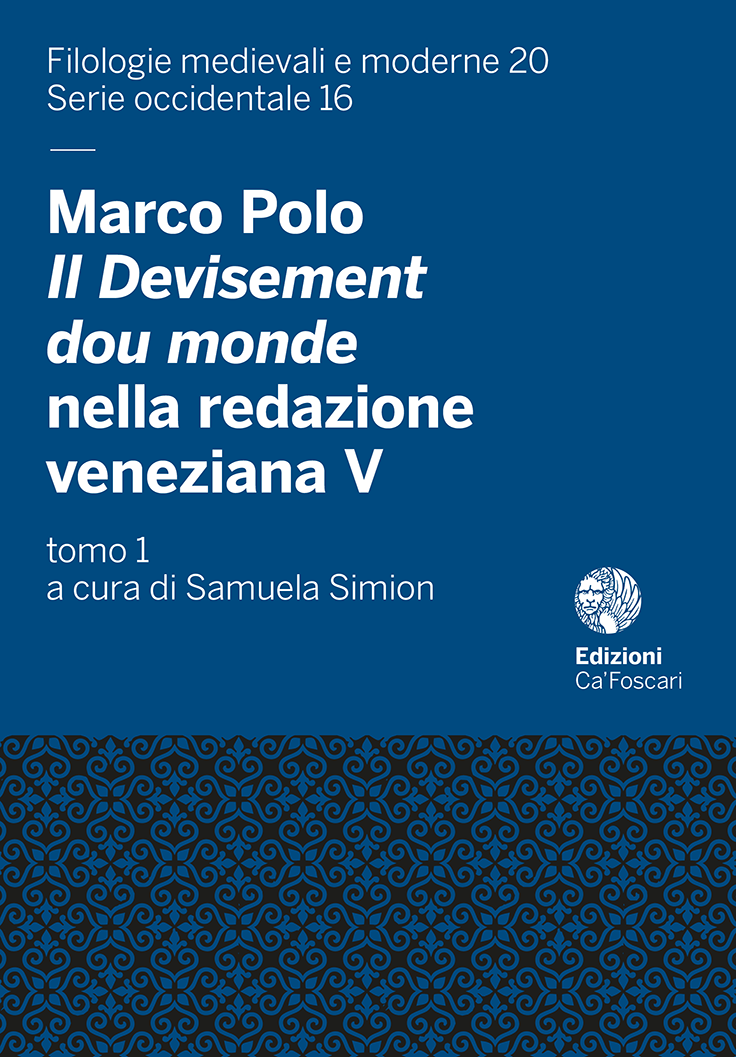 The volume contains the commented edition of the Devisement dou monde based on the Berlin Staatsbibliothek - Preußischer Kulturbesitz Codex, Hamilton 424. The Hamilton 424 Codex, transcribed in Venice in the second half of the fifteenth century, contains the translation of a Latin model (whose features can be partially reconstructed virtually starting from some translation errors) and is the only known witness of V. Due to its characteristics, V represents a crucial point in the definition of the transmission dynamics of Polo’s book: its readings are confirmed, often in a broader form, by the Latin version known as Z. V strengthens the hypothesis that, after returning to Venice, Marco Polo modified the text written with Rustichello da Pisa in Genoa. Actually, version V represents the first step of this long process of rewriting, which probably occurred in several phases. This volume includes an introduction, the text edition, a textual commentary, as well as an index. A second and forthcoming volume will contain the linguistic analysis and glossary.

Copyright: © 2019 Samuela Simion. This is an open-access work distributed under the terms of the Creative Commons Attribution License (CC BY). The use, distribution or reproduction is permitted, provided that the original author(s) and the copyright owner(s) are credited and that the original publication is cited, in accordance with accepted academic practice. The license allows for commercial use. No use, distribution or reproduction is permitted which does not comply with these terms.