Home > Catalogue > Philosophica > Theodicy and Reason > On What There Already Is 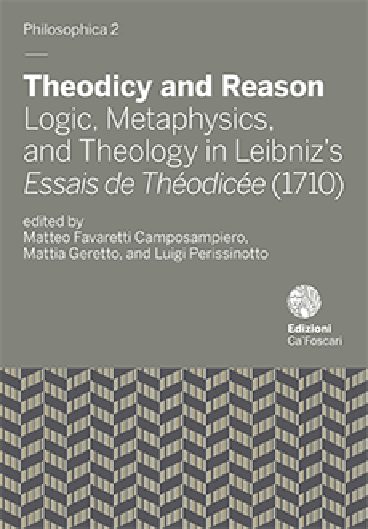 On What There Already Is

This paper contains an investigation of Leibniz’s ontology of time. Standard debates on Leibniz’s theory of time hinge upon the question whether the nature of time is relative or absolute and focus mainly on the Leibniz-Clarke correspondence. Focusing instead on Theodicy and referring to the contemporary frame and debate, I address some different questions: whether Leibniz is an A-theorist or a B-theorist, or an advocate of a hybrid form of an A/B theory; and whether he is a presentist (who thinks that only present things and states of affairs exist) or an eternalist (who claims that past, present and future things and states of affairs are equally real). After careful analysis of several passages that seemingly support a presentist interpretation, I conclude that under  the most charitable interpretation Leibniz should be considered as an eternalist, and precisely as a dynamical one. I further argue that Leibniz’s peculiar views on modality mirror this hybrid theory of time.

Copyright: © 2016 Federico Perelda. This is an open-access work distributed under the terms of the Creative Commons Attribution License (CC BY). The use, distribution or reproduction is permitted, provided that the original author(s) and the copyright owner(s) are credited and that the original publication is cited, in accordance with accepted academic practice. The license allows for commercial use. No use, distribution or reproduction is permitted which does not comply with these terms.