Modern languages and literary traditions developed in medieval and modern Europe in continuity with Latin and its written transmission. This is particularly evident in texts until at least the end of the fifteenth century. The relation of modern Europe with its Latin roots, combined with the study of the cultural relations established among the differing linguistic cultures of medieval Europe – Arabic, Hebrew, Greek, Latin, Germanic, Slavonic – will help us understand this chapter of European cultural history, as will the study of written culture that enabled their transmission. We need to understand how this mise en écriture happened, what form did the texts materially take, how were the writing systems within Latin scripts revised in order to accomodate languages that had never been written before.

TranScript will provide a forum for discussion on the translation of cultures from orality to script, and across differing traditions, with particular reference to the centuries spanning the 11th to the 15th.We believe that a fruitful interaction between philology, textual criticism and paleography may provide a renewed approach and perhaps a new methodology, open also to anthropology and culture studies to help understand the foundations of modern Europe, its languages and its literary traditions. We also believe that the potential unleashed for research by digital humanities in terms of the number of texts available for interrogation and the possibility of study across media might also contribute significantly to the advancement of our studies.

We accept contributions in all Romance languages, in English and in German. 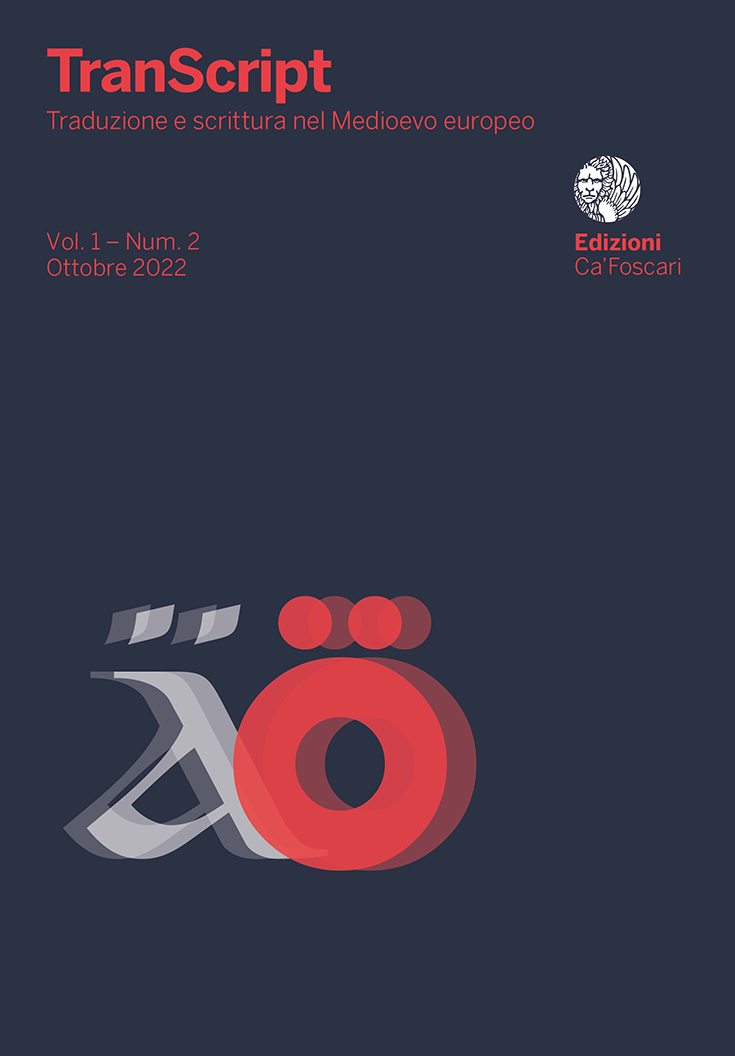 permalink http://doi.org/10.30687/TranScript/2785-5708/2022/02
Copyright: © 2022 This is an open-access work distributed under the terms of the Creative Commons Attribution License (CC BY). The use, distribution or reproduction is permitted, provided that the original author(s) and the copyright owner(s) are credited and that the original publication is cited, in accordance with accepted academic practice. The license allows for commercial use. No use, distribution or reproduction is permitted which does not comply with these terms.