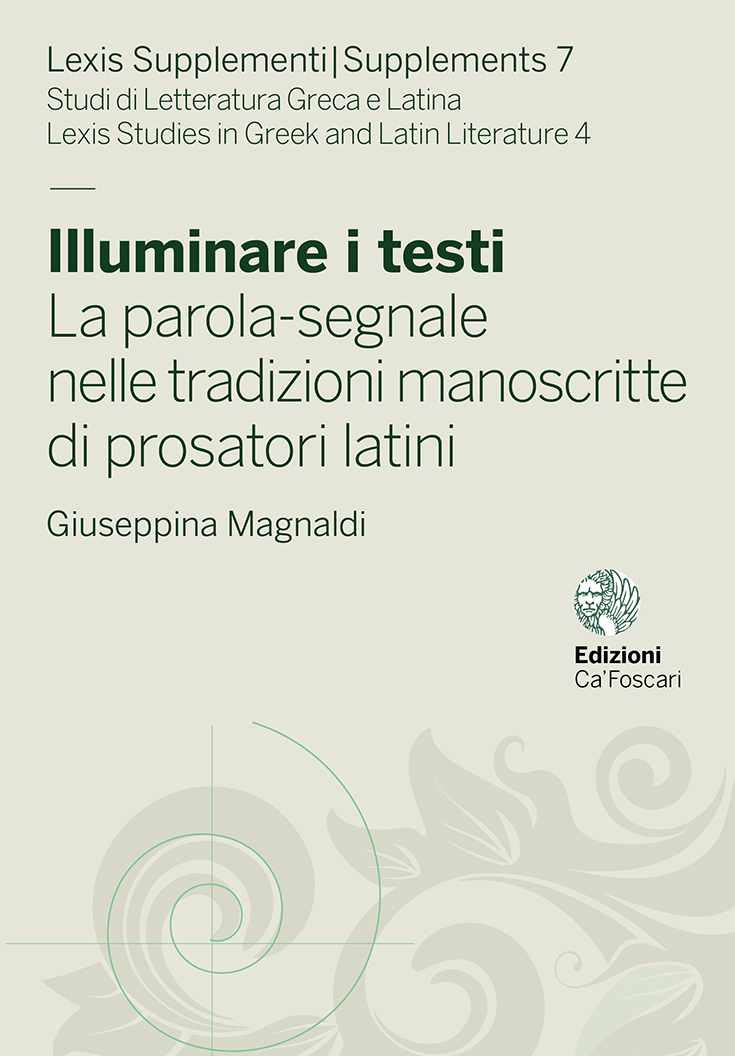 The volume collects the most significant results of thirty years of research on the manuscript traditions of Latin prose-writers from the Republican age to late antiquity: Cicero, Varro, Livy, Seneca the Elder, Seneca, Petronius, Suetonius, Tacitus, Gellius, Apuleius and Pseudo-Apuleius, and Macrobius. The author argues that some of the serious corruptions in their works are caused by the intrusion in the text of ancient additions and corrections with signal-words, which the copyists transcribed mechanically before or after the right point. Chapter One describes this particular usus emendandi, practised by correctors who not only replaced or rectified the omitted or mistaken terms, but also duplicated one or more words (or letters) before or after, with the aim of indicating as clearly as possible the location of the lacuna or error; it is precisely this diplography that enables us even now to decipher and correct the text, and thus restore the more ancient reading. Chapters Two and Three provide examples of emendations and additions with a signal-word deduced by collating late-antique, medieval and humanist manuscripts. Chapter Four discusses suggestions of modern editors and scholars who have identified the presence of signal-words in loci uexati and have corrected them persuasively. Using this procedure for correcting, Chapter Five defends suggestions unsuccessfully advanced in the past, while in Chapter Six the author presents dozens of her own textual suggestions (some already published, others not), all based on recognising ancient signal-words or signal-letters. Each passage is followed by an apparatus and notes of commentary. Finally, the Appendix cites recent proposals by other scholars (Ammannati, Balbo, Braccini, Mastandrea, Piccioni, Stefani) who have successfully applied the methodological tool of the signal-word to problematic points in the text they were studying.

Copyright: © 2022 Giuseppina Magnaldi. This is an open-access work distributed under the terms of the Creative Commons Attribution License (CC BY). The use, distribution or reproduction is permitted, provided that the original author(s) and the copyright owner(s) are credited and that the original publication is cited, in accordance with accepted academic practice. The license allows for commercial use. No use, distribution or reproduction is permitted which does not comply with these terms.